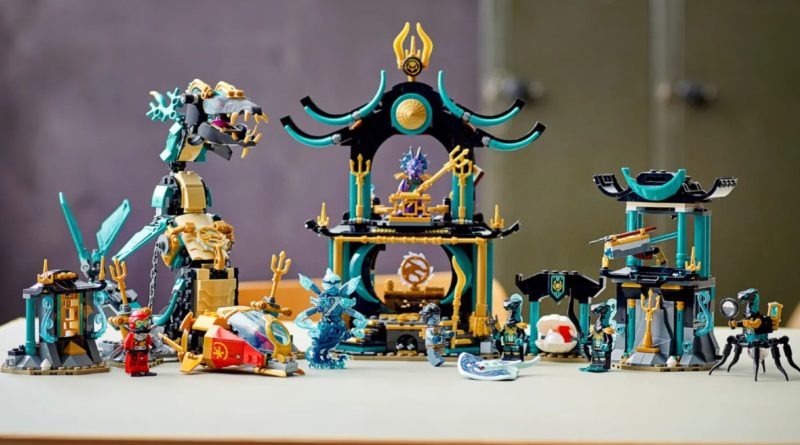 LEGO NINJAGO‘s underwater adventures continue as Zavvi has doubled their discount on 71755 Temple of The Endless Sea to 30% off.

LEGO NINJAGO may have moved on to Crystalized but the importance of Seabound cannot be understated, for both what it brought to the story of the theme and its range of interestingly aquatic builds.

You might remember a similar deal from Zavvi at the start of the month, but the retailer has now doubled the discount on 71755 Temple of the Endless Sea, bringing it down to £69.99, a saving of 30% off its normal price of £99.99. It’s still the same 1,060-piece set with seven minifigures – one of which remains exclusive to the Seabound model – just available for less than usual thanks to Zavvi.

For minifigure collectors, Benthomaar, Kalmaar and Nya NRG are exclusive or hard to find, with the latter two characters only included in two and three other sets in the Seabound wave respectively. Another character featured in 71755 Temple of the Endless Sea is also exclusive to the set as the huge and posable Wojira model represents the powerful beast of storm and sea.

The rest of the build depicts the temple itself, with one main structure and a variety of smaller builds with more rooms. This is also one of the only LEGO NINJAGO models that represent Merlopia, the underwater city and it could act as a base to expand this ancient corner of the world in your collection.