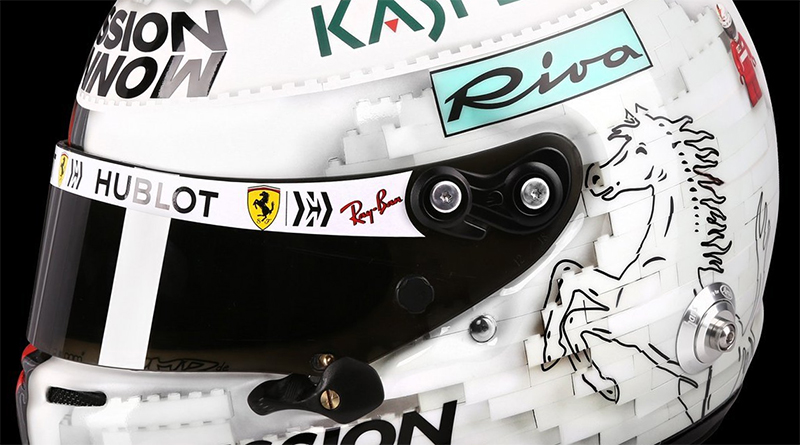 This weekend sees the Spanish Grand Prix taking place, and German driver Sebastian Vettel will be sporting a LEGO helmet.

For the fifth stage of the 2019 Formula 1 World Championship, that will take place in Spain this weekend, German Ferrari driver Sebastian Vettel will be wearing a LEGO helmet, Sports Face reports. Hopefully there is plenty of protective material under the bricks, but the outside looks very stylish thanks to the entirely LEGO look. A LEGO racing driver is included in the design, which was conceived by Jens Munser Designs.

In Azerbaijan, where the last round was hosted, Vettel finished in third place behind Valtteri Bottas and Lewis Hamilton. Perhaps the LEGO helmet will help him take first or second place this time in the Spanish Grand Prix.

LEGO fans looking to get their race on have plenty of options, with a selection of Speed Champions sets that were released this year: