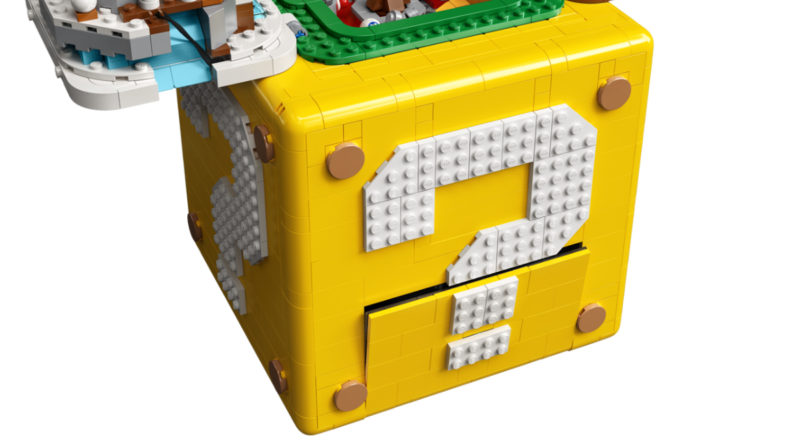 LEGO 71395 Super Mario 64 Question Mark Block includes plenty of references to the original game, but does it also contain a secret feature?

Whilst the set features a few details that we’ve seen already thanks to the official images, YouTuber AshnFlash reveals that there is at least one more that has already been teased in the announcement.

Explaining that he has received the set early for review from the LEGO Group, AshnFlash confirms that the additional compartment at the front of the block, which is not involved in the main mechanism that sees the four levels folding inside, features a secret to find – and possibly more.

Whether this extra flap is holding another level similar to the hidden feature of 71374 Nintendo Entertainment System or another secret is yet to be seen. Super Mario 64 has plenty of areas that are unrepresented in the model, including the final confrontation with Bowser or the endless staircase that leads to him.

In the game, this endless staircase would only let players pass upon collecting enough stars, so it could be that the way to open the compartment will only be revealed when the digital Super Mario figure scans all the Power Stars scattered throughout the build.

We’ll have to wait and see what secrets 71395 Super Mario 64 Question Mark Block holds as the first reviews for the model could appear online soon. The new set will release on October 1 and you can find out more in our initial announcement report.