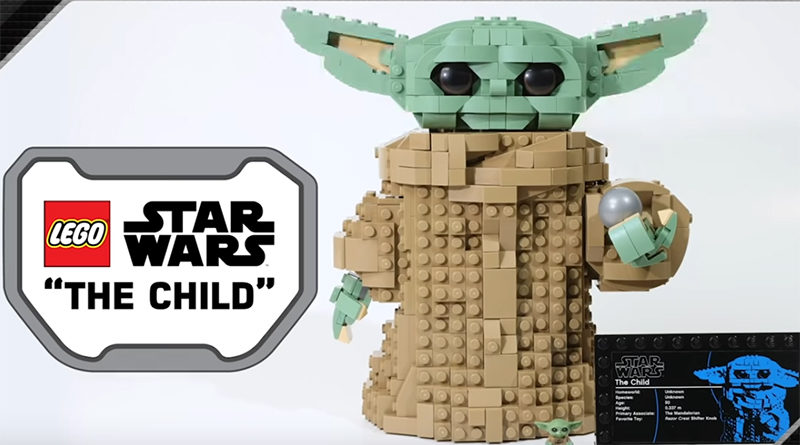 The new LEGO Star Wars Baby Yoda set, 75318 The Child, comes together as if by the Force in the Mando Mondays launch video.

Yesterday saw the release of the first Mando Mondays video. It promises to a series on YouTube from the official Star Wars social media team, in which the cast of the series helps to sell merchandise. There are product reveals during the 35 minute video, but not for LEGO sets.

There is a bit of LEGO action though – at the 13 minute mark, 75318 The Child can be seen coming together in stop motion. The Baby Yoda statue set will launch this Friday, October 30, the same day that Season 2 arrives on Disney+.

“When I received the challenge to create a LEGO brick-built version of the Child, I knew that I had to get it just right,” said Michael Lee Stockwell, Design Manager, LEGO Star Wars, when the set was announced. “The goal was to capture the charm, and above all, the cuteness of the character, so we worked meticulously, choosing and placing each and every brick. We even included authentic details like the gearstick knob – a favourite toy of the Child as seen in the series.”

75318 The Child is 21cm from ear to ear and 19cm tall. Like 75255 Yoda, it will be a central fram with sections then clipped to the side using SNOT technique.