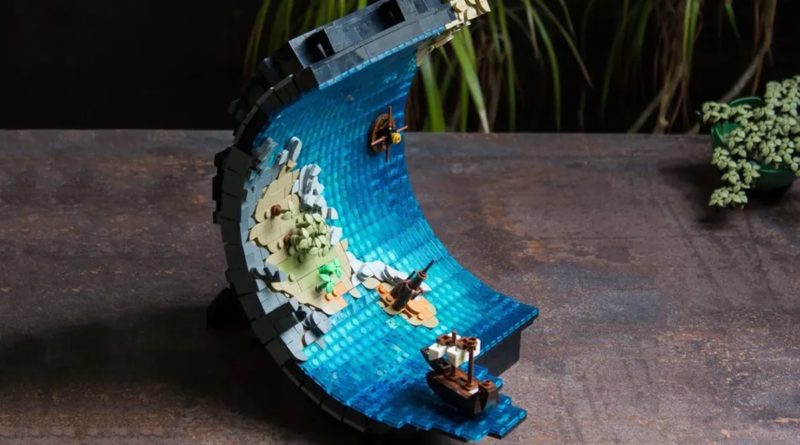 Another LEGO Ideas project has reached 10K, meaning a pirates-themed build is the first build to pass into the third 2021 review round.

As the second LEGO Ideas 2021 review round comes to a close, the first submission to pass into the third 2021 review has already been revealed in Ralf Ranghaal’s Land Ahoy. This build reimagines a network of islands to depict them as if they were on a map, but still shown in full detail and colour using microscale techniques.

That idea is then rebuilt again to allow the whole model to curve and form a stylish display piece. A stand helps the creation stay upright when twisted, and allows the flat map’s smaller gaps to be hidden.

The detail on the islands themselves showcase microscale building techniques, with a lush forest, rocky terrain and shifting colours in the oceans themselves. A small fortress can even be found at the pinnacle, as a small ship approaches it.

This project appears to have been just short of making it into the second LEGO Ideas review of 2021, with it now listed as the only project in the ‘Achieved support’ category on the platform rather than ‘In review’.

We’ll let you know what submissions are added to this review as they reach 10K supporters, with the last stage closing off at a total of 34 thanks to a brick-built log cabin.