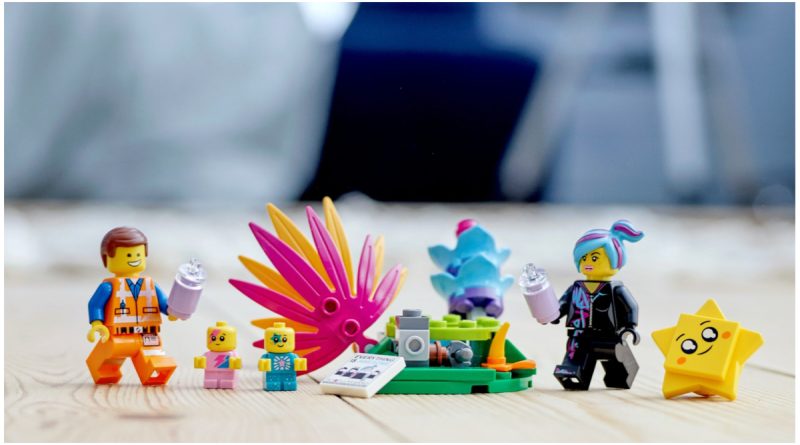 Many LEGO set names are simply descriptive or self-explanatory, but occasionally the designers like to have a little fun – these are our favourite set names.

We disappeared down a rabbit hole when we started looking for clever and / or amusing LEGO set names. There have been a lot of sets over the years, and naming fashions have come and gone. There were the ‘plain and simple’ phases, which gave us such creative gems as Nexo Knights’ 271826 Fred and LEGO Studios 4074 Tree 3. And ‘Does what it says on the tin’ was still going strong years later, as the 2018 Black Panther set, 76099 Rhino Face-Off by the Mine clearly shows.

Alliteration is a favourite of designers, a seam which has been mined many times. Power Miners gave us Magma Mech, Claw Catcher, Boulder Blaster and Cave Crusher, while Space came up with Crater Critters, Meteor Monitor, Robo Raptor and the Lunar Limo. And there will be more than a few Potterheads with Harry and the Hungarian Horntail in their collection.

Before we get into the list we have a few honourable mentions. First up, 70847 Good Morning, Sparkle Babies, which is fine if you’ve seen The LEGO Movie 2, but if you haven’t, it’s a fairly bizarre name. And we like 70422 Shrimp Shack Attack, not only because it’s something of a tongue twister, but also because it gives an inadvertent nod to 80s jazz-funksters, Shakatak. Now, on with the list.

Another set from The LEGO Movie 2, this set makes the list because it encapsulates LEGO in a few words – Build Whatever – at the same time as including one of the worst abuses of the English language that we’ve ever seen.

In 2015, the LEGO Group launched a small City set as part of the Fire subtheme. This group of sets were based around Fire fighters, who, presumably, exist to put fires out. So it was either a gross oversight, or some mischief that went unnoticed, when 60088 Fire Starter Set was launched. Bizarrely, a year later another set – 60106 – was released with exactly the same name.

A promotional polybag from 2020, this Hidden Side set scores on a couple of points. First off, we like a bit of alliteration, and ‘Haunted Hotdog’ is as fine an example as we’ve seen. But moreover, we love the idea of a Chef, who has probably trained for many years in the finest kitchens to be able to use that title, running a hotdog stand.

This was a set that we’ll admit, we’d never heard of until we started digging around. A GWP from 2021, and part of the not-often-mentioned Make It Yours theme, the idea of a super-powered snail is sufficiently outlandish to make the list.

And now we’re into the realm of the terrible pun. Available briefly in 2018 as a promotional set from Target stores in the US, the set itself is nothing to write home about. A small build consists of a coffee and doughnut (sorry, donut) stand, a table and a few customers grabbing breakfast, while a dog waits in the hope of a donut going astray. We feel that someone came up with the name and then had to design a set, just so it could be put into production.

Back to 2009 now, for this Pirates set. The set consists of two pirate minifigures on a remarkably sturdy looking raft, who seem fairly happy at the prospect of being hauled down to the watery depths by a large tentacled sea creature. The set is secondary to the name though. Say it a couple of times. Kraken Attackin’.  Kraken Attackin’. That’ll be stuck in your head for the rest of the day. You’re welcome.

We asked around Brick Fanatics HQ for the best LEGO set name ever, and this is the one that was mentioned more times than any other set. Gorilla Grodd, in the DC universe, is a super-intelligent Gorilla bent on evil. But in this set, a showdown with Batman, Wonder Woman and the Flash facing off against Captain Cold and the titular Grodd, the simian foe ‘goes bananas’ to tee up a terrible pun.

Chances are we’ve not included your favourite LEGO set name, so why not leave a comment below and tell us what it is.

If you purchase a LEGO set – irrespective of how good the name is – via our affiliate links, you help to support Brick Fanatics. Thanks.