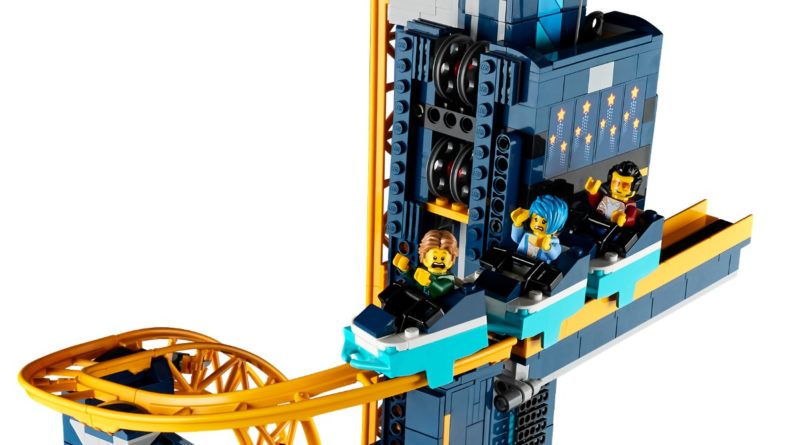 The new LEGO 10303 Loop Coaster is one of the tallest sets ever made, but where does it stack up compared to other recent, and older models?

From July 5, the LEGO Fairground Collection will expand with 10303 Loop Coaster, standing 92cm tall. However, that height only manages to scrape the surface of tall LEGO sets.

Standing at 73cm, 71741 NINJAGO City Gardens reaches that height thanks to the layers of buildings and homes that the included minifigures populate.

Recreating the tower of the same name from The Lord of the Rings, 10237 Tower of Orthanc is also 73cm tall.

Next up is a theme park and movie icon as 71040 The Disney Castle stands at 74cm, just beating the models from NINJAGO and LEGO The Lord of the Rings.

In case you need another reason to get this huge superhero creation, 76178 Daily Bugle measures 82cm tall, well above any of the LEGO modular buildings that it’s compatible with.

10303 Loop Coaster is 92cm tall, and it reaches that height thanks to the elevator which transports minifigures from the station to the top of the tower, before sending them down on a trip through the two loops.

92176 NASA Apollo Saturn V may be a re-release, but it’s still one of the tallest LEGO models ever released, weighing in at 100cm, though it can also be displayed on its side thanks to some included stands.

10181 Eiffel Tower is a testament to the engineering icon and structural stability that LEGO bricks can provide. It may be older than any other build on this list, but it still stands tall at 108cm.