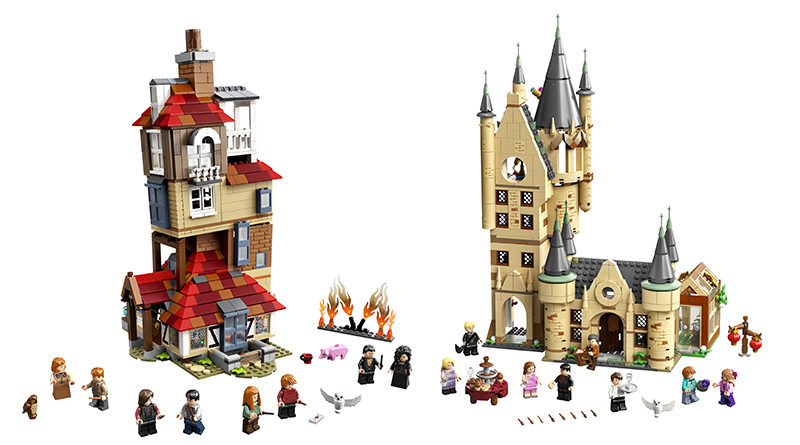 LEGO Harry Potter fans can get a look at the new sets that will be released as part of the theme’s summer wave. The new sets will be available to pre-order from LEGO.com on April 30, before they are released on June 1 in the UK and August 1 in the USA.

In the USA, 75980 Attack on The Burrow will be a Target exclusive.

Here is the list of new sets with official product images and descriptions:

253 pieces
$29.99
Trick Professor Umbridge into entering the Forbidden Forest and introduce her to Grawp and a few centaurs.
Minifigures: Harry Potter, Hermione Granger and Dolores Umbridge.

630 pieces
$39.99
Capture the magical personality and elegant movement of Hedwig, the celebrated owl from the Harry Potter films. Available exclusively from Barnes and Noble in the US and many other retailers globally.
Minifigures: Harry Potter
(Editor’s note: Brick Fanatics saw this set in person at London Toy Fair, and while the model on display was not final, it looked better in person than it does on the box art.)

1047 pieces
$99.99
Explore the crazy, colourful Weasley house with Harry, Ron and the rest of the family and help protect it from the Death Eaters.
Minifigures: Ron, Ginny, Arthur and Molly Weasley, Nymphadora Tonks, Bellatrix Lestrange, Fenrir Greyback and Harry Potter.