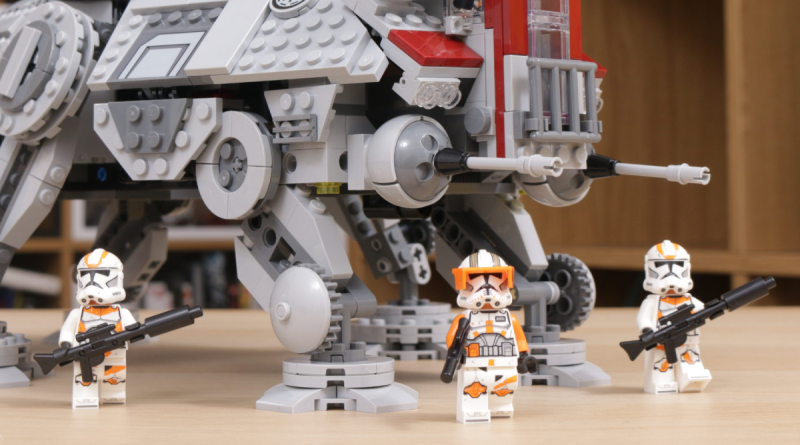 Members of the LEGO Star Wars design team have noted that they consider 75337 AT-TE to be a gigantic battle pack, explaining the minifigures.

LEGO Star Wars designers Michael Lee Stockwell and Madison O’Neil have revealed insight into how the new Commander Cody minifigure came to be in 75337 AT-TE and what they consider the set to be.

“We do listen to fan feedback and what people are wanting and so of course, Commander Cody was pretty high on that list,” said Madison O’Neil to MiniSuperHeroesToday. “We wanted to do an updated version [of the AT-TE] and this is a great set to be able to do [Commander Cody] with. It was a good alignment.”

“I keep calling it a gigantic battle pack because we decided to go with this concept where you get all these different clones that you can man the AT-TE with.” continued O’Neil.

The explanation of 75337 AT-TE as a massive battle pack may offer insight into the designs and minifigure selections of other recent LEGO Star Wars models that could be good for building armies, including 75342 Republic Fighter Tank.

Help support Brick Fanatics by purchasing your LEGO sets via our affiliate links.