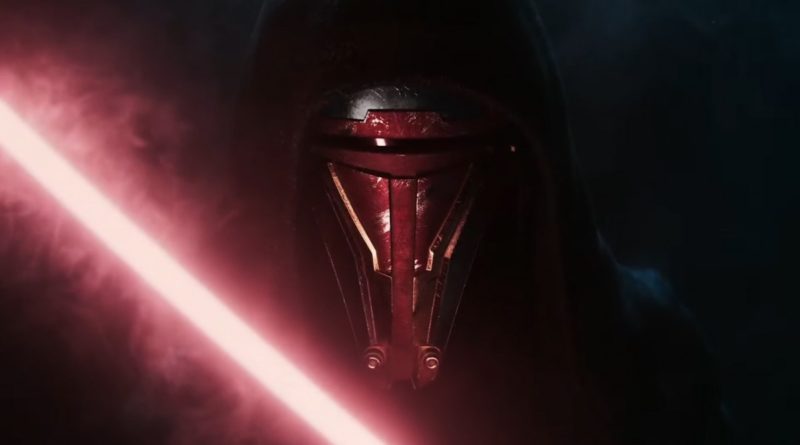 We’re going to be waiting a little while longer for the return of LEGO Darth Revan, as the upcoming Star Wars: Knights of the Old Republic remake has reportedly been put on hold.

The PS5 retooling of the classic role-playing game is under the purview of Aspyr Media, a studio mostly known for developing ports (including of the original Knights of the Old Republic games for iOS). First announced last September, the KotOR remake has apparently been in development for three years, and the studio was originally targeting a release ‘by the end of 2022’, reports Bloomberg.

However, the game has now allegedly been ‘delayed indefinitely’, following the sudden firing of the project’s art director Jason Minor and design director Brad Prince. Bloomberg’s Jason Schrier says Aspyr heads told staff in July that the remake is on pause, and the company is now looking elsewhere for ‘new contracts and development opportunities’.

The news apparently came as a surprise to Aspyr employees, who were said to be excited about the game, and had recently shown a demo to Sony and Lucasfilm execs. But Schrier reports that studio heads were unhappy with the ‘disproportionate amount of time and money’ that had been poured into finalising the demo, and determined that the current trajectory of the remake wasn’t sustainable.

According to Bloomberg, Aspyr’s developers now say a realistic release date would be as far off as 2025 – a full three years beyond the initial target. That means any potential tie-in LEGO sets will likely also be pushed down the production line, so we’re back to playing the waiting game for a new Darth Revan minifigure.

There was never any guarantee that we’d get Knights of the Old Republic LEGO Star Wars sets or minifigures, of course. But given the LEGO Group has already released the game’s main character as a May the Fourth exclusive, and is also turning its attentions to video games again with this summer’s 75335 BD-1 – inspired by 2019’s Star Wars Jedi: Fallen Order – it doesn’t feel especially far-fetched.

For now, you’ll have to continue debating whether to pull the trigger on Darth Revan from the aftermarket, where the rare minifigure is commanding upwards of £185.