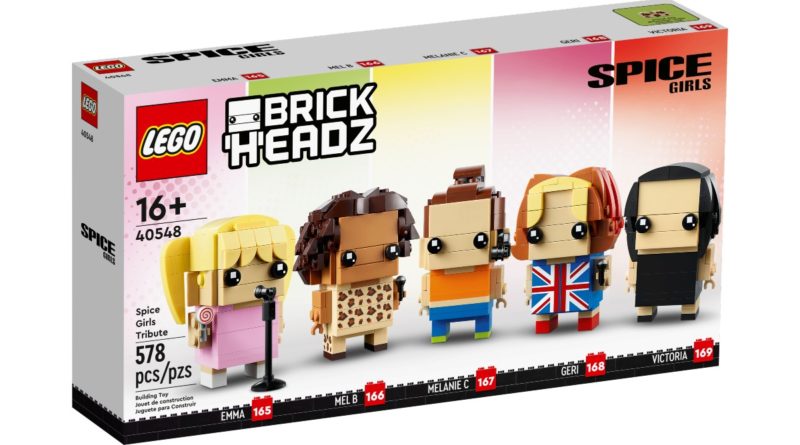 When 40548 Spice Girls Tribute was first announced, it was revealed that the Leicester Square flagship LEGO store in London would be hosting a celebrating weekend including activities such as a magazine cover photo opportunity, the chance to listen and dance along to Spice Girls songs and individual displays for each of the new BrickHeadz.

Thanks to SpiceGirlfanUK on Twitter, we can now take a closer look at those individual displays of which there are five for the members, including props and accessories fitting to each Spice Girl, and a sixth with the full set.

However, the flagship store wasn’t the only retail location celebrating the launch of 40548 Spice Girls Tribute over the weekend as Tartan LUG on Twitter visited the Edinburgh store, only to discover that a different Spice Girls display was set up.

While not as large as the Leicester display, a collection of the Spice Girls BrickHeadz to purchase are stacked next to a series of brick-built models and props relating to the band, from a Union Jack shoe to a miniature telephone box.

Anyone aiming to celebrate the band with bricks can pick up a copy of 40548 Spice Girls Tribute on the official online store now, as well as redeem a variety of free Spice Girls VIP rewards, including a sweepstakes to win the model signed by the band.