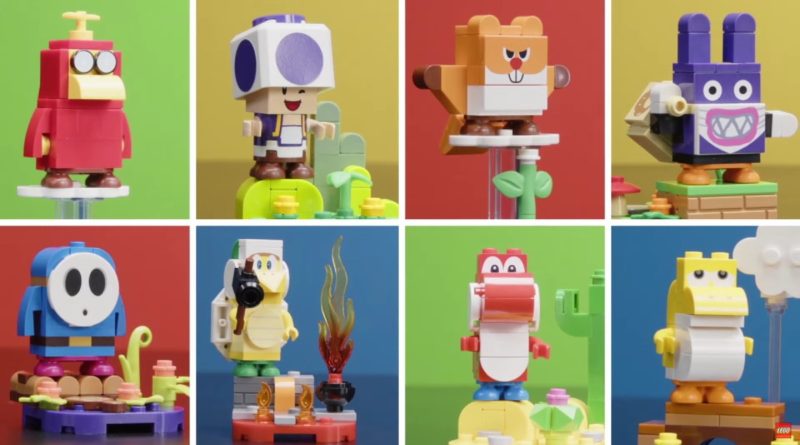 The fifth series of LEGO Super Mario Character Packs has been officially revealed at LEGO CON 2022, confirming the characters and changes.

Each character is compatible with the interactive LEGO Super Mario figures such as Mario, Luigi and the new Peach figure launching on the same day as 71410 Character Packs – Series 5. They also each come with the figure, an action tag and a small piece of scenery for display purposes.

The release of date of August 1 times with the launch of the latest wave of LEGO Super Mario sets, which includes builds such as 71408 Peach’s Castle, which both brings back Bowser and introduces the classic Super Mario location to bricks in a scale never seen before after its initial appearance in 71395 Super Mario 64 Question Mark Block