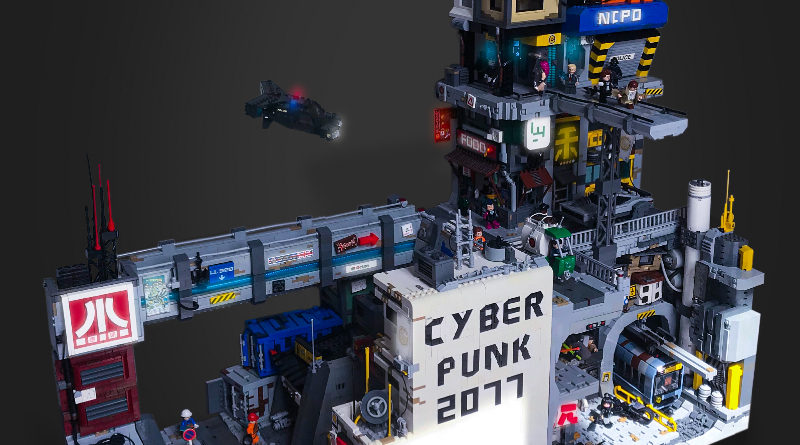 Journey to Night City in this dystopian LEGO build based on the new game, Cyberpunk 2077 which launched this week.

Some LEGO fans may be stepping into the world of Cyberpunk 2077 this week. Now you can see what the futuristic city would look like in LEGO thanks to a huge and detailed build.

Legofin is the mastermind behind this build, modifying the previous Cyberpunk 2046 city to fit the new game. However, this recreation is nothing if not impressive, and contains many details that fans of the game will recognise.

Legofin has added quite a few additions to the Cyberpunk 2046 build, the most notable of which is the Arasaka tower, one of the mega-corporations from the game. The tower dominates the skyline, just like in this LEGO recreation and beneath it sits the Night City Police Department, with a flying vehicle on patrol nearby.

The city also features several ads, including for Atari on one side of the bridge. Some other printed pieces are used for added detail, including quite a few from LEGO NINJAGO. The different levels in the build demonstrate the change in the quality of life, with suited figures near the top and an explosion near the bottom.

The number of details in this Cyberpunk build is far too many for one article, but thankfully Legofin has explored the furthest corners of the city on his Instagram. From action shots to a timelapse, Legofin has clearly put a lot of thought into this build.