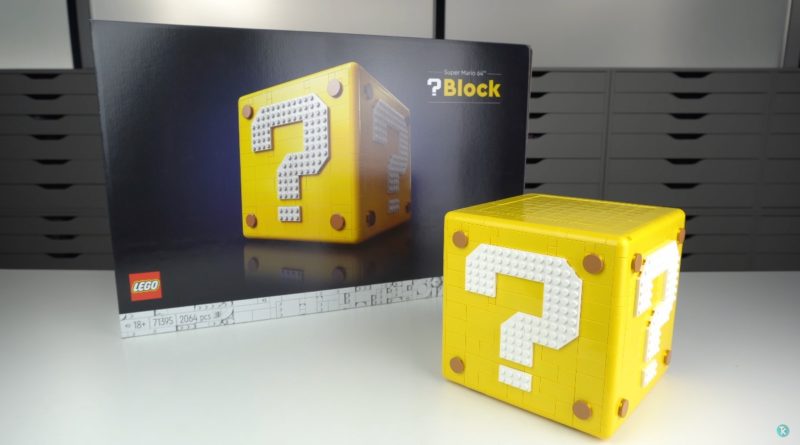 The first reviews of LEGO 71395 Super Mario 64 Question Mark Block have landed online, giving us a proper look at the set’s folding mechanism in action – and revealing a hidden secret.

Unveiled earlier this month and landing on shelves in October, the latest Nintendo-themed set once again takes things in a completely new and unexpected direction (following last year’s 71374 Nintendo Entertainment System), as the LEGO Group resolutely refuses to give us anything remotely resembling regular Super Mario minifigures.

Tiago Catarino is among the LEGO reviewers who’ve already got their hands on the set, and his early breakdown of the model reveals not only a first look at those fold-out levels in action, but one of the set’s hidden secrets.

Slide up a panel on the front of the Question Mark Block, and you’ll reveal a tiny, brick-built Bowser, whose shell is even built from regular bricks, rather than the single element of the regular Super Mario sets. Press down on his platform, and you’ll also pop open an extra boss-level stage for Mario to take on his nemesis, just like in the game.

“I really like this set for its mysteriousness,” Tiago says. “If you have this displayed at home, completely closed off, it will for sure spark people’s curiosity, and getting to show this to someone and seeing their reactions when it’s unfolded in front of them must be priceless.”

You’ll be able to try out (and show off!) all those features, along with the interactivity offered by the digital Mario and Luigi figures, when 71395 Super Mario 64 Question Mark Block launches at LEGO.com and in LEGO Stores on October 1.