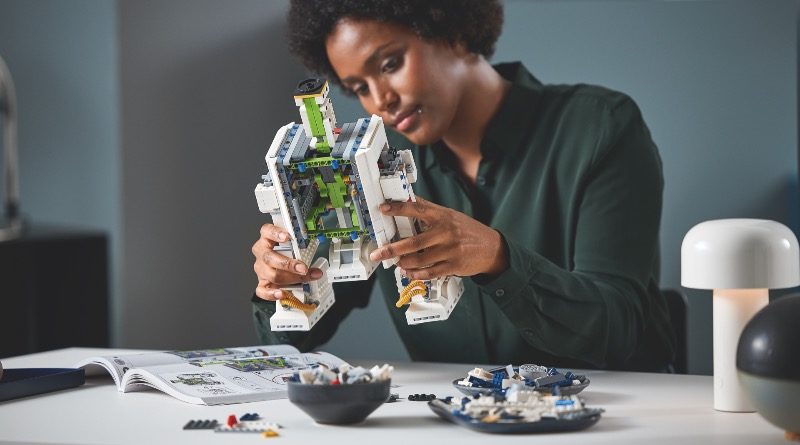 The first reviews of LEGO Star Wars 75308 R2-D2 are already starting to appear online, giving us a closer look at what to expect from the brand new astromech droid.

The LEGO Group has only just lifted the lid on its brand new May the Fourth set, which is also intended to celebrate the 50th anniversary of Lucasfilm, the studio that originally brought Star Wars to the silver screen.

Beyond the Brick has already published an in-depth review of the set over at its YouTube channel, however, offering an early insight into how the 2,314-piece droid comes together. As you might expect if you’ve assembled 75187 BB-8, Artoo is largely constructed around a Technic frame, which allows for his dome to rotate and his third leg to extend and retract.

Building that inner Technic core proved problematic for Beyond the Brick reviewer Brian Saviano, who stresses during the video that you’ll need to pay close attention to how the pieces connect. “Make sure you’re focusing on the inside of the astromech droid,” he says. “You’re not gonna want to mess this up.

“LEGO instructions are usually really clear, [but] I got really confused at the different angles and the way they were presenting everything.”

Brian also compares 75308 R2-D2 to its predecessor, 10225 R2-D2, concluding that there’s probably not enough here to warrant owning both versions (unless you’re a ‘diehard LEGO Star Wars fan’). But if you don’t own the 2012 version, it sounds like this one is definitely worth picking up.

“If you are a LEGO Star Wars fan, you want an R2-D2 to put on the shelf,” Brian says. “This is absolutely a great model for you to build, there’s just enough Technic in here to get your mind going, and not quite so much that you’re gonna get frustrated to an incredibly high degree.”