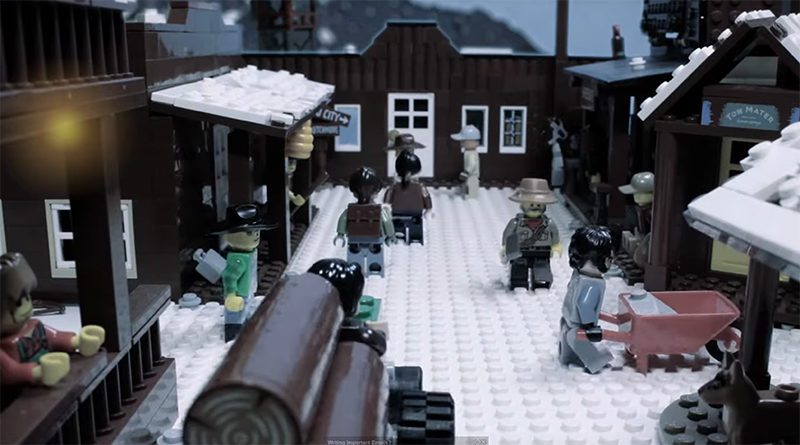 A new stop motion LEGO animated trailer is doing the rounds, with The Last of Us Part II presented as a brickfilm.

Pavesome Films is bringing some stop-motion LEGO creativity to The Last of Us Part II, recreating the highly anticipated game’s trailer in brick form. With multiple sets, plenty of creative techniques and lots of minifigures used in the three minute animation, it clearly took a lot of work and brickfilm know-how.

The Last of Us Part 2 launches on June 19, a sequel set five years after the critically acclaimed original video game. In this follow-up, Ellie’s quest for vengeance continues through a hostile world, where the developers promise hard-hitting moral dilemmas that the player must reckon with. As with the original, melee combat and stealth will both be important components of the gameplay.

This LEGO trailer a few highlights, including the atmospheric snowy village at the beginning, created using micro scale. LEGO sausages and bones are used to depict and eviscerated horse, Hot Dog Guy poses as some creepy villain and the use of effects throughout is also impressive.