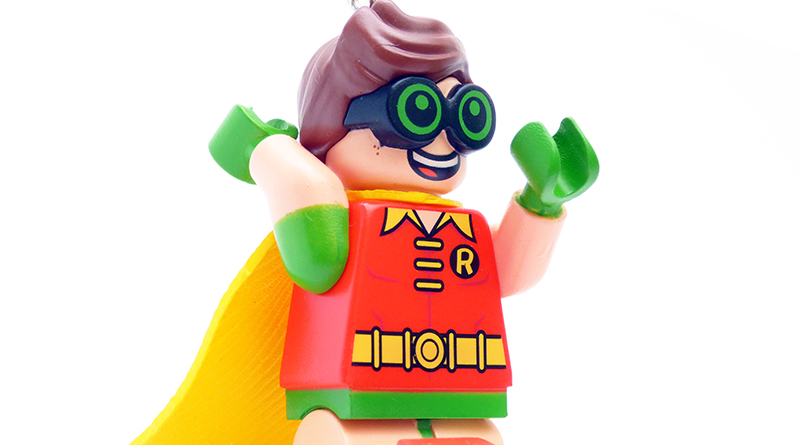 Is this The LEGO Batman Movie Hallmark Keepsakes Ornament the Robin fans need hanging from their Christmas tree?

This year, Hallmark has released four new LEGO inspired Keepsake Ornaments, one of which is Robin from The LEGO Batman Movie. While the character might seem like an odd choice, given that the film was released in 2017, he actually complements the existing Batman and The Joker ornaments released two years ago.

Robin was a stand-out character in The LEGO Batman Movie, in which he was voiced by Michael Cera, with his enthusiastic attitude providing a nice contrast to the moody Dark Knight of the film. This ornament, sculpted by Jake Angell, captures that spirit perfectly. His arms and legs are all going in different directions to show his excitement.

Taking advantage of this being a hanging ornament, the cape flows out from the back of the minifigure, giving a real sense of motion. The printing helps with this too, with his big adorable eyes captured perfectly and his enormous smile demonstrating his joy.

As with the other ornaments in this year’s wave, including C-3PO and Unikitty, there is no articulation. Despite it being made of plastic, it feels like a proper Christmas decoration and looks a bit more crafted than some other upscaled minifigure products, such as the key lights.

Fans of The LEGO Movie series should definitely add this characterful decoration to their LEGO themed Christmas tree, even if Robin is not the traditional type of robin associated with the season.

Hallmark Keepsake Ornamanets are available now at LEGO.com. You can help support Brick Fanatics’ work by using our affiliate links.