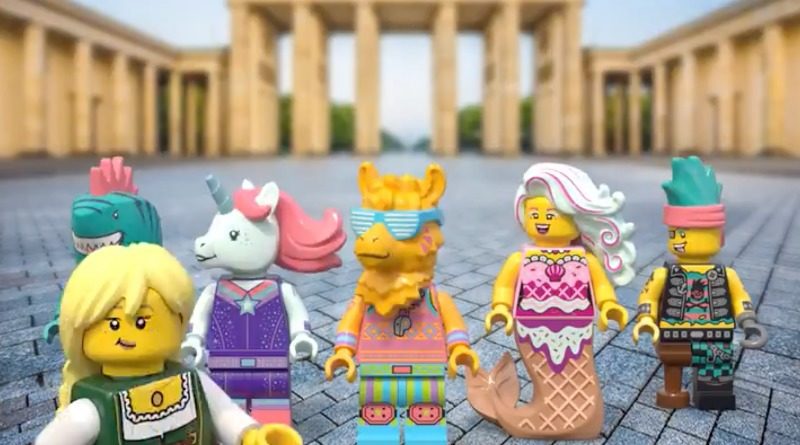 The LEGO Group has released a LEGO VIDIYO-themed video, celebrating the return of Eurovision next week.

Shared on Twitter and Instagram, the LEGO VIDIYO characters can be spotted dancing in front of various iconic European landmarks, including London’s Westminster Bridge, Rome’s Colosseum, and Berlin’s Brandenburger Tor. With every jump to a new city, the dancing troupe of minifigures grows, as Party Llama gathers friends on his travels.

Of course, it’s not just European countries that compete in Eurovision. Australia also gets a turn in the spotlight, when the camera flips up to show Party Llama and the gang continuing the routine down under. At the end of the video, the whole group of dancers ends up on a Eurovision-style stage in a burst of confetti – much to the dismay of the LEGO janitor who appears with a broom to clean it all up.

Eurovision, or “Europe’s most exciting, most sparkly, most fun musical event” as the LEGO Group called it, is due to take place on 22 May, exactly a week from when the videos were shared. Last year, the international competition was cancelled due to the pandemic, but is on track to take place in Rotterdam, as originally planned in 2020.