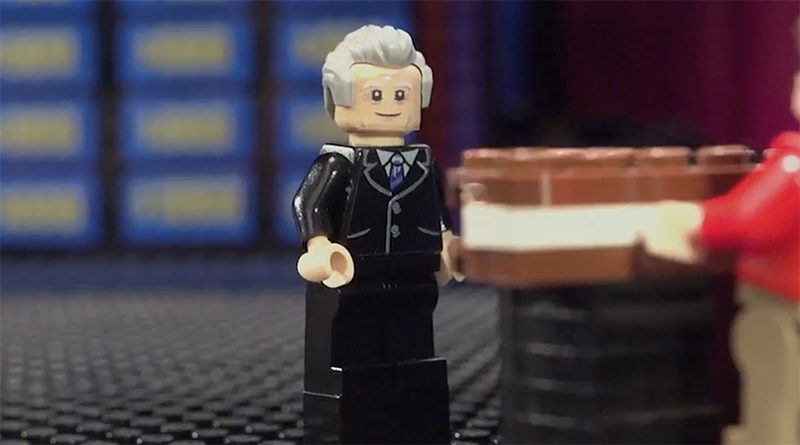 To pay tribute to Alex Trebek after the television host passes away, the LEGO Group shares a brick model of the Jeopardy! set.

The popular game show host Alex Trebek, who was best known as the host of Jeopardy! in the USA, passed away yesterday. “Jeopardy! is saddened to share that Alex Trebek passed away peacefully at home early this morning, surrounded by family and friends,” the show’s Twitter account confirmed. “Thank you, Alex.”

The LEGO Group has paid tribute to Trebek, who has been a television fixture for decades, by sharing this recreation of Jeopardy! built by LEGO Master Builder Pete Donner.

In the model, the show’s logo appears on the back wall behind a full studio audience. The Jeopardy! stage has been carefully recreated and a LEGO minifigure Alex Trebek is overseeing the proceedings.

“The real trick to making something look like something else is a lot of reference and thankfully the folks at Jeopardy! provided us with a ton of studio photography, we did a lot of research on the internet and watching of the show,” Pete explains.