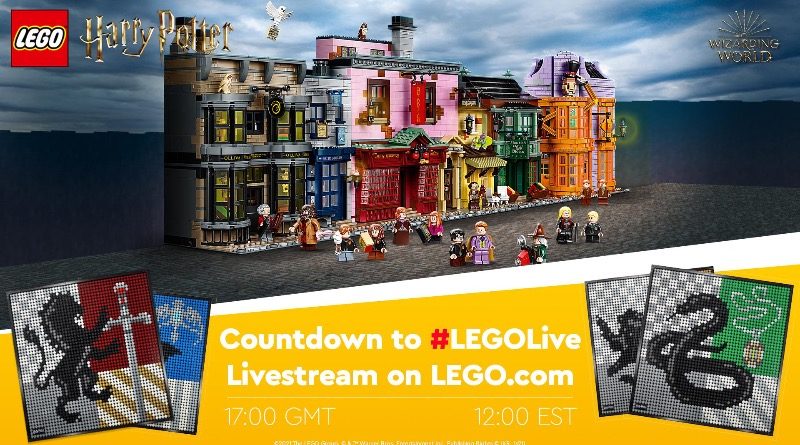 Wands at the ready: the LEGO Group’s livestream Q&A with the Harry Potter design team is about to get underway.

If you’ve got any burning questions for the folks behind the recent batch of LEGO Harry Potter sets – including 75978 Diagon Alley and 31201 Harry Potter Hogwarts Crests – log on to Twitter and post them with the hashtag #LEGOLive.

It’s worth bearing in mind that there’s no point asking what’s coming up, because you just won’t get an answer. Instead, this is basically the perfect opportunity to ask such insightful questions as, “Were Lucius Malfoy and Bruce Wayne separated at birth?”, and “What have you got against Gringotts?”

LEGO designers Marcos Bessa and Fiorella Groves will be on hand to answer all your questions (though probably not those ones) from 5pm UK time, so make sure you’ve got the livestream landing page loaded up alongside Twitter.

If you can’t tune into the livestream, we’ll aim to recap any particularly interesting takeaways, but a Q&A like this isn’t likely to be the platform of choice for any major news reveals. And if you’d rather just build LEGO Harry Potter sets, the current batch can be picked up from LEGO.com right now.