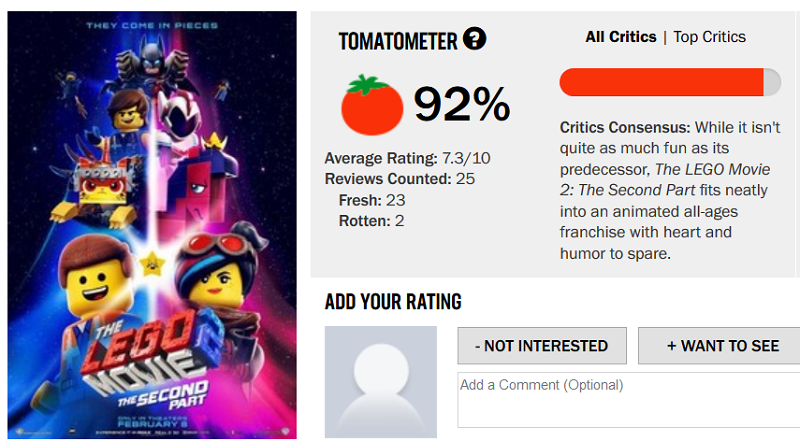 Based on the initial reviews, Rotten Tomatoes has given The LEGO Movie: The Second Part a 92% fresh score, which is considered an extremely positive score.

Early reviews for The LEGO Movie 2: The Second Part arrived over the weekend, with Brick Fanatics rounding up some of the most reputable critics’ views yesterday. Now, review aggregator Rotten Tomatoes has provided a score on how “fresh” the movie is – and it has come out with a whopping 92%.

Reading the mixed reviews, fans could easily have assumed that the score would have been lower than the impressive 92% score. It may be the case that although some of the reviews focus on where the sequel does not live up to The LEGO Movie, that does not make it a bad film – just one that is attempting to live up to near perfection.

It should also be noted that review aggregators do not provide nuance, and those interested in the response to the film should also read reviews from their preferred critics.

The Brick Fanatics review of The LEGO Movie 2: The Second Part will arrive soon.