The LEGO Movie 2: The Second Part arrives on home formats, bringing Emmet, Lucy and the crew face to face with Queen Watevra Wa’Nabi and General Mayhem

During its theatrical run, The LEGO Movie 2: The Second Part seemed to get unfair short shrift from audiences and critics. In the five years since the release of The LEGO Movie, it felt as if the animated feature had been retrospectively deemed perfect, when in actuality it remains an excellent film – but not a perfect one. The same can be said of the delightful sequel.

Five years after the events of Taco Tuesday, Brickburg has become Apocalypseburg, and invaders from space are harassing the toughened, cynical Wyldstyle and her friends. Emmet remains his optimistic self, but after being told too many times he will have to ‘toughen up’ in order to survive, he enlists Rex Dangervest to teach him to do just that. While Emmet discovers a new side to himself, Sweet Mayhem and Queen Watevra Wa’Nabi kidnap his friends as they prepare for the ceremony of ceremonies.

The biggest flaw in the sequel is that it plays things fairly close to the formula of The LEGO Movie, but while it does lose a little of that film’s charm, it executes an ambitious concept well. Spending too much time figuring out what is told from which sibling’s perspective is a recipe for a headache, but the dual narrative allows for questions to be asked about empathy and growing up that anyone can identify with.

As would be expected with such an impressive cast, the voice talent in the film are incredible, with Chris Pratt in particular bringing distinct voices to Emmet Brickowski and Rex Dangervest. Of the new characters, Queen Watevra Wa’Nabi is the stand out, while her side kicks such as Ice Cream Cone and Banarnar bring plenty of gags.

Visually the film is stunning, with the cinematic vistas required for a space travel film. The contrast between the dusty, Mad Max-esque Apocalypseburg and the futuristic, sanitised science fiction settings is clear – the art department must have relished devising so many fresh worlds.

What most sets this apart from The LEGO Move is the musical aspect, offering up a selection of songs that all work in context and are also hummable afterwards. Queen Watevra gets the best two, with Not Evil and Gotham City Guys both being enhanced by the impressively choreographed animation.

The special features on this Blu-ray are quite slim when compared to the previous home releases. One of the finest is the ‘Sing-a-long’ version of the film, which is much more than the title suggests, including fun trivia, questions to answer and Easter egg pointers – along with the expected lyrics when the songs kick in.

They Come in Pieces: Assembling The LEGO Movie 2 is a serviceable documentary, but does not go anywhere near as in-depth as the keenest LEGO movie fan might like. Emmet’s Holiday Party: A LEGO Movie Short is very welcome, as are some of the promotional pieces included.

Most of the outtakes and deleted scenes are very limited snippets that were tweaked or removed for the finished film. Two in particular are interesting, offering different takes on Lucy and Sweet Mayhem bonding. The pair deal with a hamster in one and a vacuum cleaner the other, with both taking place in Bianca’s bedroom – they hint at a very different version of the film, with it mentioned in one scene that Emmet was brainwashed and it was Wyldstyle who was on a mission to rescue him.

While fans have had a few LEGO movies in recent years, it seems that there might be a dry spell for a while – so it would be a shame not to pick up this latest release. It might not have the originality of the 2014 film, but The LEGO Movie 2: The Second Part is one of the funniest films of the year and deserves a place on any brick aficionado’s movie shelf.

The LEGO Movie 2: The Second Part is available to buy from Amazon. You can help support Brick Fanatics’ work by ordering your copy through our affiliate links. 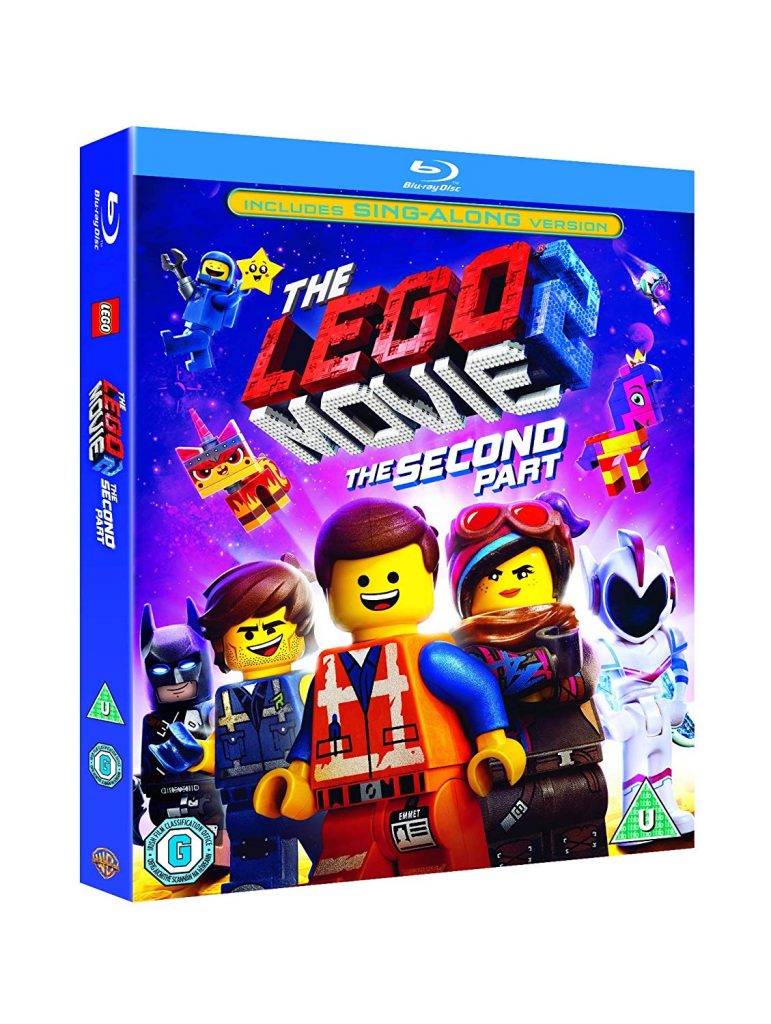