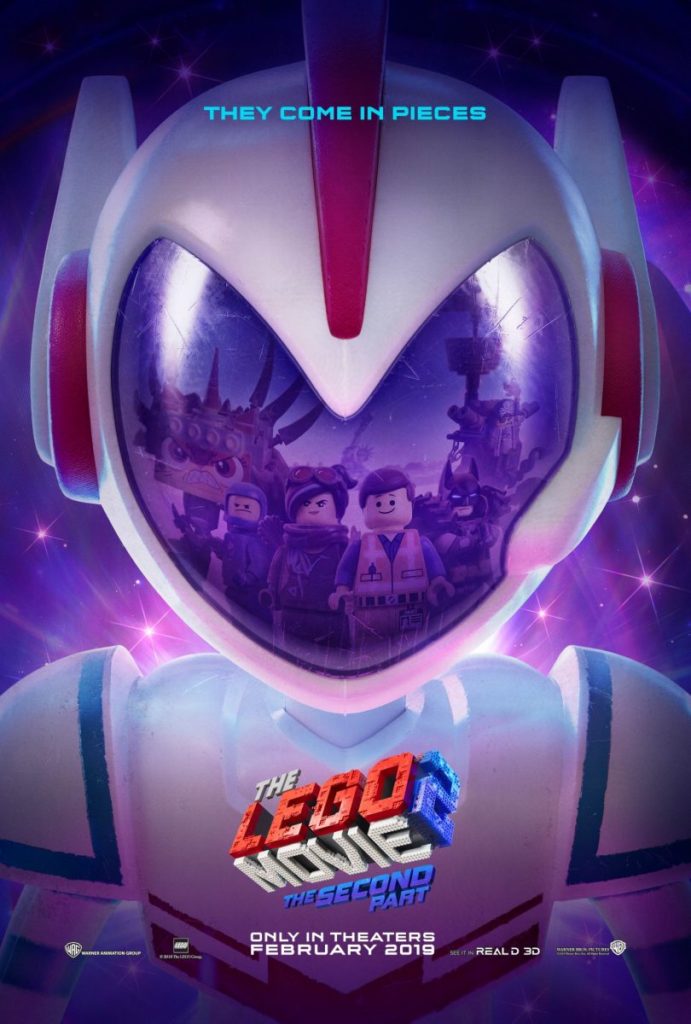 It looks like the mini-dolls are coming in The LEGO Movie 2: The Second Part, as revealed by a new image of Sweet Mayhem.

Yesterday, a teaser image was released for The LEGO Movie 2: The Second Part, with an ominous helmet showing the reflection of the familiar heroes from the first film. That helmet belongs to a new character named Sweet Mayhem, who is a mini-doll rather than minifigure. Stephanie Beatriz will be voicing her, as Tiffany Haddish also joins the cat as Queen Watevra Wa-Nabi with Arturo Castro as and Ice Cream Cone.

Deadline has an exclusive image of the character, who sports armour over the mini-doll torso.

Mike Mitchell directs the animated sequel, from a script that has most recently been polished by Phil Lord and Chris Miller. With various writers and directors attached to the project, it is hard to know which comments over the years reflect the content of the film – thankfully Deadline also share this synopsis:

The LEGO Movie 2 reunites the heroes of Bricksburg and takes place five years after the first movie. They face a new threat: LEGO Duplo invaders from outer space, wrecking everything faster than they can rebuild. The battle to defeat them and restore harmony to the LEGO universe will take Emmet, Lucy, Batman and their friends to faraway, unexplored and musical worlds.

The LEGO Movie 2: the Second Part will be released in February 2019.