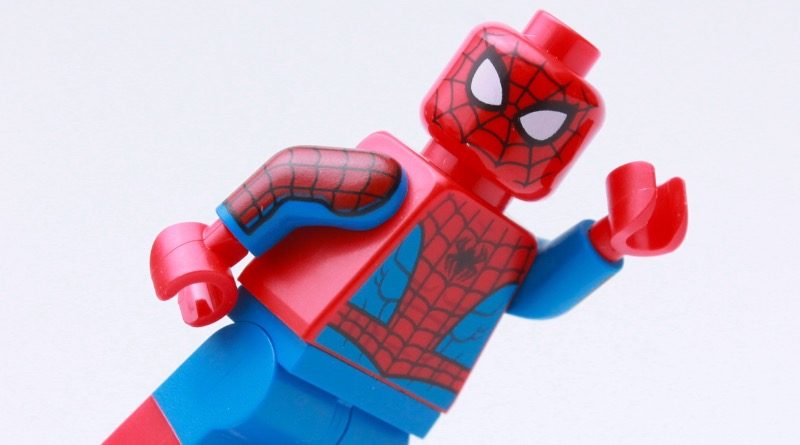 For reasons known only to the LEGO Group’s accounting department, the brand new Spider-Man minifigure included in almost all of this year’s Marvel sets (so far) doesn’t include dual-moulded legs.

He does have a new head print and torso, which even extends to printed arms – a first for the web-slinger’s basic costume in the current Marvel range. But that’s where the buck stops, because our latest friendly neighbourhood Spider-Man has reverted back to boring, uninspired, drab (how many more synonyms would you like?) blue legs.

That’s true even in the upcoming 76175 Attack on the Spider Lair, the most expensive of this year’s Spider-Man sets, which begs the question: are dual-moulded elements really that costly for the LEGO Group to produce? Presumably not: Miles has them in 76171 Miles Morales Mech Armour, a set that retails for just £8.99.

Either way, we’ve decided to remedy the LEGO Group’s glaring omission of dual-moulded legs for classic Spidey ahead of the release of his HQ on March 1. And the results are sublime, only reinforcing the argument that they should have been included in the first place. Join us on a journey through Spider-Men past, present and (hopefully) future as we show you what could have been…

First up, here’s regular old Spider-Man, included in 76172 Spider-Man and Sandman Showdown, 76173 Spider-Man and Ghost Rider vs. Carnage, 76174 Spider-Man’s Monster Truck vs. Mysterio and 76175 Attack on the Spider Lair.

Now here’s that very same Spider-Man, but with dual-moulded legs to represent boots. Tell us that doesn’t look 100 times better. (We won’t believe you.)

Pop this new Spidey minifigure next to 2019’s dual-moulded legs variant, and you can basically see that we’ve now reached peak web-slinger. The torso and head prints are more detailed and defined, and the printed arms top it off perfectly.

As an added bonus, here’s a selection of Spider-Men through the years, starting with the dark blue version from all the way back in 2004. We’ve swapped the new version back to the plain legs for this photo, so you can see the evolution over the past nearly two decades – and how the LEGO Group came so close to perfection with the new version, but just missed out.

Okay, granted, Spider-Man does sometimes wear blue boots instead of red. But let’s ignore that fact for a moment and just appreciate how much better LEGO Spidey looks with red boots. All we need now is web printing over those dual-moulded legs…