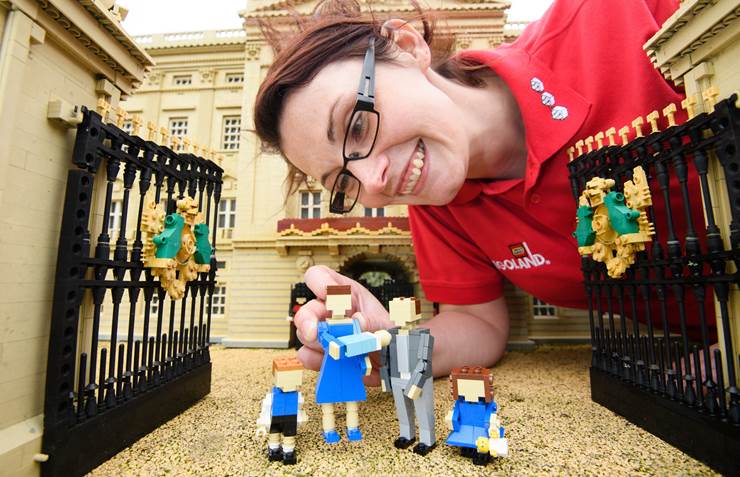 The team at the LEGOLAND Windsor Resort has celebrated the birth of the Royal baby by adding a LEGO representation to Miniland.

It can hardly have escaped the notice of anyone in the UK that there is a new addition to the Royal family, as the Duchess of Cambridge gave birth on Monday, April 22. The new Prince has not yet been named, but has been added to the Miniland family at the LEGOLAND Windsor Resort. A 3cm tall baby is joined by recreations of parents The Duke and Duchess of Cambridge, his new big brother and sister, Prince George and Princess Charlotte, and their family dog, Lupo.

What’s more, once the Prince’s name is announced, anyone who shares the same name will get free entry to the LEGOLAND Windsor Resort any day up until July 19.

The LEGO family is located outside Buckingham Palace in Miniland, a classic model that uses 35,000 elements.

“We had lots of fun building the new scene to raise our very own tiny toast to the new Royal arrival,” Paula Laughton, Head Model Maker at the LEGOLAND Windsor Resort. “We love celebrating our Royal neighbours’ news and our guests always enjoy spotting our new additions to Miniland.”

Tickets to the LEGOLAND Windsor Resort are available to buy at the venue’s official website.