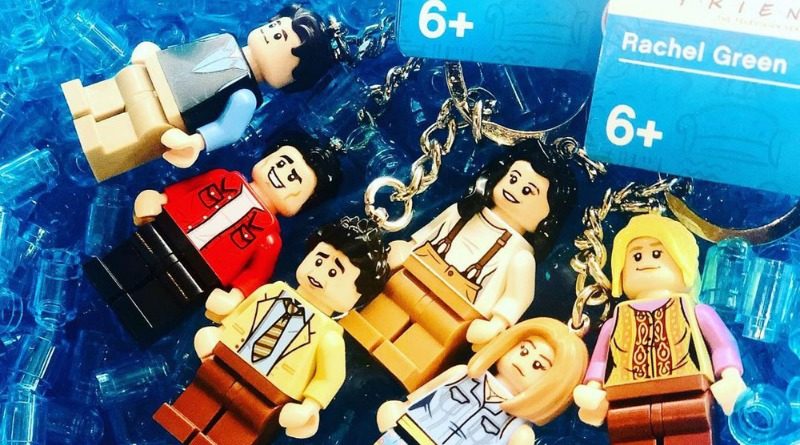 All six LEGO Friends minifigures will soon be available as keychains, so Ross, Rachel and the rest can literally always be there for you.

The LEGO Discovery Centre in Melbourne has revealed the first images of the new keychains, which have plucked the characters straight from LEGO Ideas 21319 Central Perk. Just like that set, all their designs are based on the first season of the US sitcom.

So yes, Ross Geller, Rachel Green, Chandler Bing, Monica Geller, Joey Tribbiani and Phoebe Buffay will all be available as individual keychains – but at the moment, it’s not clear when exactly you’ll be able to order them from LEGO.com (or pick them up in LEGO Stores).

According to Promobricks, all six characters appeared on at least the German version of LEGO.com on February 1, but have since been mysteriously removed. They’ve also popped up on the Facebook page of a LEGO Certified Store in Singapore, where three of the keychains are being given away with a purchase of 21319 Central Perk.

The Ideas set originally launched in 2019, and has proven ridiculously popular ever since, constantly shifting in and out of stock at LEGO.com. That may explain why these keychains are launching almost 18 months after the original model – and why a follow-up Friends set is rumoured to be on the way later this year.

We’ll let you know when these keychains are available to order at LEGO.com. For now, you can support the work Brick Fanatics does by purchasing your LEGO – including any of the current keychains – using any one of our affiliate links.