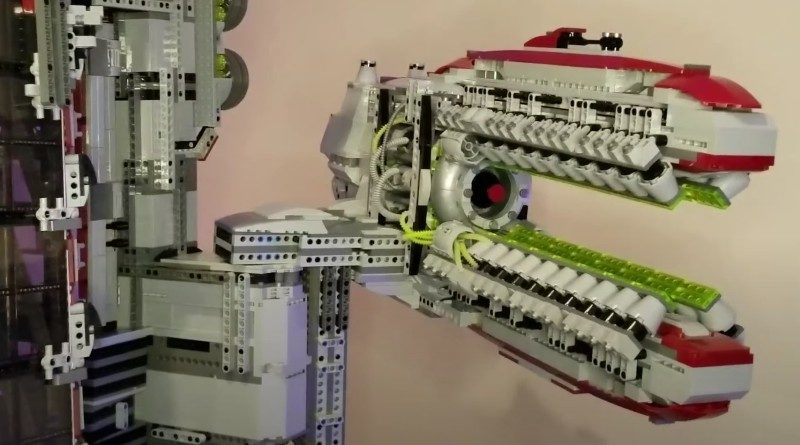 One LEGO builder has fulfilled the dreams of many with a massive mech build that can actually be piloted.

The LEGO Group has produced some amazing mechs over the years, but it’s always been a shame that they’re simply too small to get in and control, ignoring the lack of electronics and other needed equipment of course. However, one LEGO fan is offering a solution to those wishing to pilot their own LEGO mech.

Gerry Burrows is the creator behind the over six-foot-tall-model, which he revealed on his YouTube channel. Explaning more into the design, it’s revealed that the modular mech can separate certain modules from the main structure to make it easier to transport. It probably made the huge build slightly easier too.

The overall design uses four legs and a supporting base instead of a two-legged walking form. Gerry explains that this structure saves him from having to carry the massive weight of the model while standing. The exterior details are undoubtedly impressive too, with two main weapons and all kinds of technological equipment scattered throughout the build. Hundreds of LEGO window pane pieces also allow Gerry to see his surroundings when in the mech.

The piece count for this LEGO mech is certainly high and in a video with Beyond the Brick, it was revealed the final count was over 125,000 pieces. A photo album for the model is promised to be coming to Gerry’s Facebook page soon if you’re wanting a more static look at the build.

It seems unlikely that the LEGO Group will ever officially release a mech quite as big as Gerry’s but still offer some interesting and possibly more cost-efficient models such as 71738 Zane’s Titan Mech Battle. However, this build is undoubtedly impressive and hopefully will fulfil everyone’s dreams of piloting their own LEGO mech.