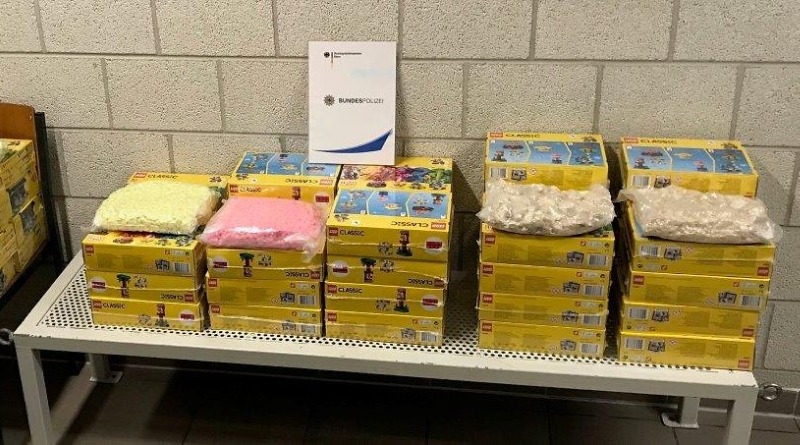 Two women have been arrested in Germany after allegedly attempting to smuggle 83 kilograms of drugs inside LEGO boxes.

The stash was discovered in a car in Emmerich, a town in the western German state of North Rhine-Westphalia. According to Mitteldeutsche Zeitung, around €800,000 worth of amphetamine and ecstasy had been stuffed inside 51 copies of 11002 Basic Brick Set.

The car was found last week, and two women – aged 22 and 24 – have subsequently been arrested, and are now in custody, according to federal police in the nearby town of Sankt Augustin.

Above all, it’s clear that the alleged perpetrators weren’t die-hard LEGO fans. Apparently, the LEGO Classic sets were sealed in shrink-wrap, which regular sets never are – and the amount of narcotics squeezed into each box would have made them around three times their normal weight. Plus, it’s not hard to imagine that simply shaking a box would have given the game away, with the absence of that familiar rattle of bricks.

This isn’t the first time LEGO bricks and sets have been involved in controversial stories coming out of Germany. In September last year, a man was arrested for brandishing an authentic-looking LEGO machine gun out of his apartment window, and consequently placed under investigation in line with Germany’s Weapons Act and the European Firearms Directive.