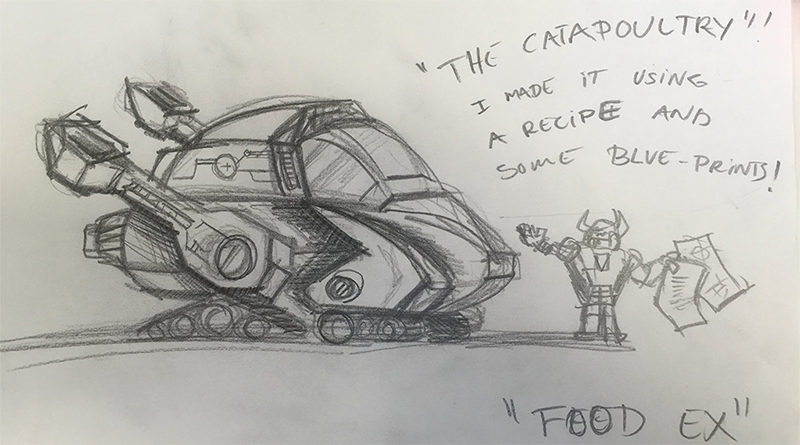 Tommy Andreasen works on LEGO animated projects including NINJAGO, Hidden Side – and NEXO KNIGHTS. While the theme and series may be over, he still has secrets to share, publishing a previously unseen concept sketch on Twitter.

“this was for year three … after Axl would become vegetarian after his ordeal inside the Colossus,” Andreasen elaborates in a further tweet.

The theme ran for three years from 2016 until 2018, offering a world of castles and turrets with a futuristic twist.