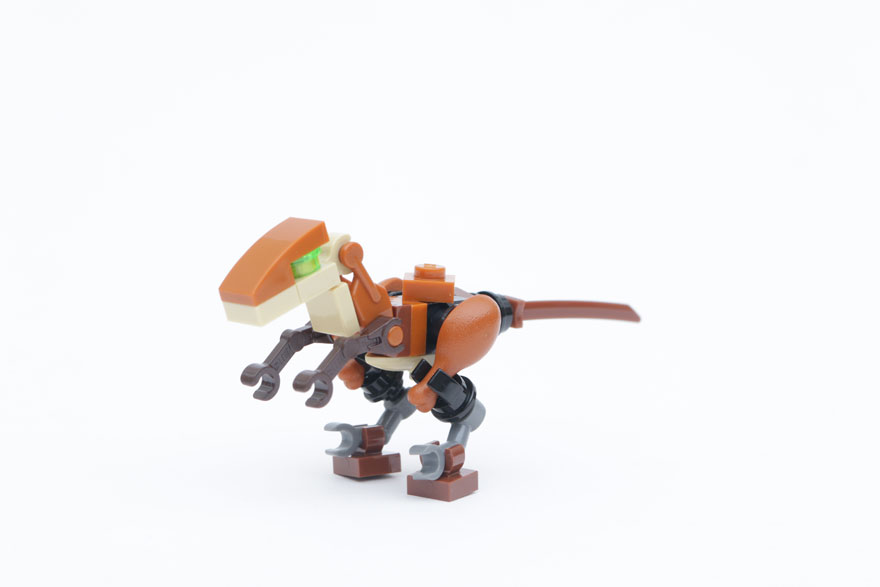 Velociraptors in particular are scaled – in a Jurassic Park/World universe that is inaccurate as it is – at least 50% too big, both in height and length. This quick build may have its own limitations, but, offers a more scaled down raptor, as well as one with more poseability, and an interesting way to use the turkey leg piece.