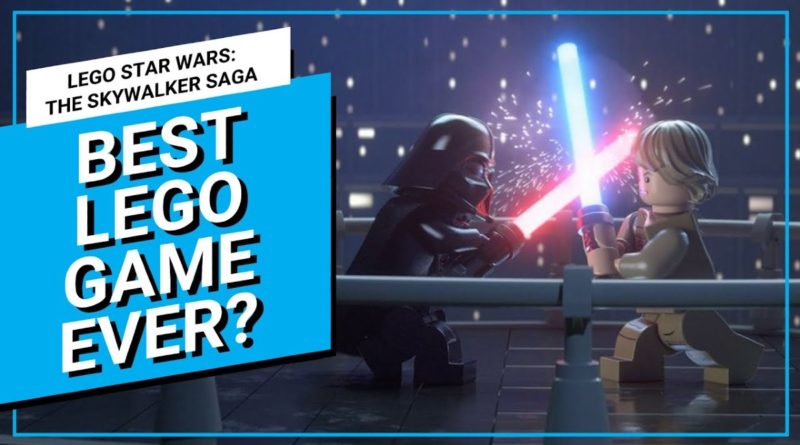 The wait is finally over – LEGO Star Wars: The Skywalker has been released and we’re heading to a galaxy far, far away in our video review.

LEGO Star Wars: The Skywalker Saga was first announced over 1,000 days ago and we’ve waited through multiple delays and months of silence all for the chance to go hands-on with the title. It’s safe to say that expectations were somewhat lofty, but as we discuss in our video review, this might just be one of the best LEGO games ever made.

Whether you’re sitting down a bite to eat, or are wrapping up a shift at work, you can tune in to our video review below, which lasts just over seven minutes, to see what we thought of the new game. We’ve got more content on our YouTube channel, including another review for 10300 Back to the Future Time Machine.

One of the most surprising elements of LEGO Star Wars: The Skywalker Saga is the variety of gameplay on offer. You might expect a LEGO Star Wars game to feature platforming, open-world areas and combat, though we weren’t expecting a tower defence or stealth segment.

The usual LEGO games humour that TT Games is well-known for of course returns too, though areas of the game that you might think would be toned down might surprise you.

Anyone still on the fence about LEGO Star Wars: The Skywalker Saga after watching our video review can also find our written version by clicking here. The new game is available now.