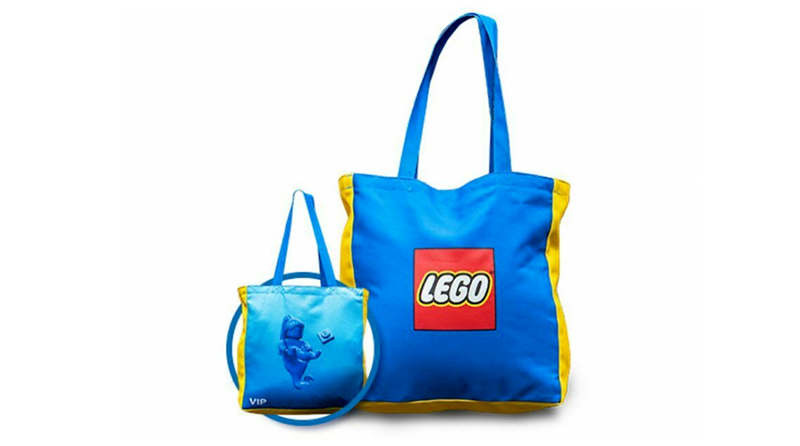 A new reward available to VIPs at LEGO.com is the VIP Tote Bag, previously available as a gift with purchase item.

LEGO.com is offering a VIP Tote Bag via the LEGO VIP Reward Centre, with the blue bag featuring the LEGO logo on one side and VIP branding featuring a genie on the other. It was previously available as part of a VIP exclusive gift with purchase promotion, but now it’s available for 3,200 points.

That 3,200 points is the equivalent of £20 , so fans will have to weight up whether the value is there or not.

For fans in Europe, any order at LEGO.com will get double VIP points until July 19 – the equivalent of 10% LEGO cashback instead of the usual 5%. Given that the LEGO VIP scheme is free to join, it’s well worth signing up to.

There have been a lot of nice sets released this year that are more appealing with the addition of double VIP points, including 10277 Crocodile Locomotive, 43179 Mickey Mouse and Minnie Mouse Buildable Characters, 10271 Fiat 500, 21322 Pirates of Barracuda Bay and 10273 Haunted House.