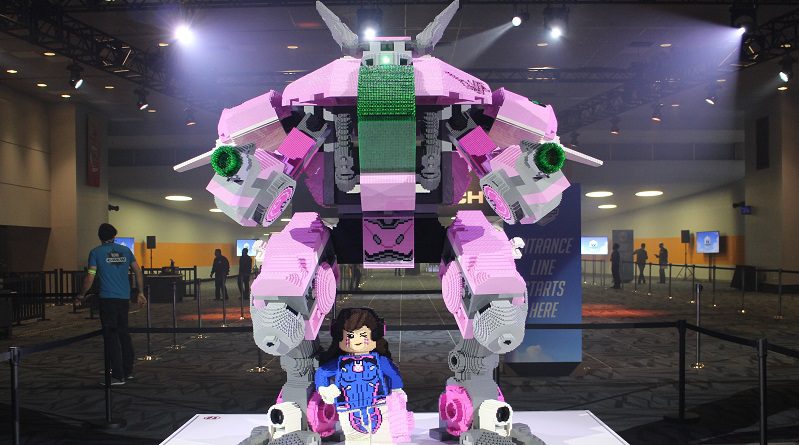 With just two placeholder names and set numbers revealed, Brick Fanatics speculates on what LEGO Overwatch 75866 and 75867 will turn out to be when they are released this summer

As most of the summer 2019 LEGO range has been announced at International Toy Fair in Nuremberg, Germany, LEGO Overwatch has been treated a little more mysteriously. Two sets have been confirmed, with zusammengebaut simply reporting them as 75866 Bike and 75867 Droid – which will definitely not be the final names.

So Brick Fanatics puts on its hat marked “conjecture” and ponders what this might mean.
The existing LEGO Overwatch range can, broadly speaking, be separated into two camps – minifigure scale vignettes such as 75972 Dorado Showdown and 75975 Watchpoint: Gibraltar or larger builds like 75974 Bastion and 75973 D.Va & Reinhardt.

The ‘Droid’ set has potential for either approach, depending on the mechanical hero to which it refers. Omnic monk Zenyatta levitates above the floor, cross-legged while a halo of spheres orbits around him. He would make for a truly unique minifigure, requiring a number of innovative new parts to maintain the gravity-defying illusion. Scenery from the mountain-top monastery of the Nepal map or the payload from King’s Row – where Zenyatta’s former spiritual leader Mondatta was merciless gunned down by Widowmaker – would make thematically appropriate contents to fill out the rest of the box.

Robotic guardian of the futuristic city of Numbani – Orisa’s centaur-esque body would translate well to the sort of scale seen with 75973 D.Va & Reinhardt. However, the LEGO Overwatch design team have stated a preference for focusing on the core cast members that feature most prominently in the game’s richly-woven background material. Although her ability to deploy protective shields make her an invaluable selection for many Overwatch teams, the relative sparsity of lore surrounding her character make her feel less than essential for the brick treatment compared to others.

What the ‘Bike’ set will entail is more ambiguous still. In a recent animated short, we are introduced to the character of Ashe, the leader of the criminal Deadlock Gang, when she encounters former associate (and perhaps more) McCree. The cartoon culminates with McCree ‘borrowing’ Ashe’s hoverbike to ride off into the proverbial sunset. Thinking outside the box, could ‘Bike’ hint at the Route 66 setting where this showdown takes place? Even this seems like a stretch though and it will be particularly interesting to see what form ‘Bike’ takes, or if the designation is simply a red herring.

Part of the fun of such guesswork is not knowing whether you are bang on target or completely off the mark. The only thing for certain is that LEGO, Overwatch and LEGO Overwatch fans will definitely be full of anticipation to see more from the theme this summer.