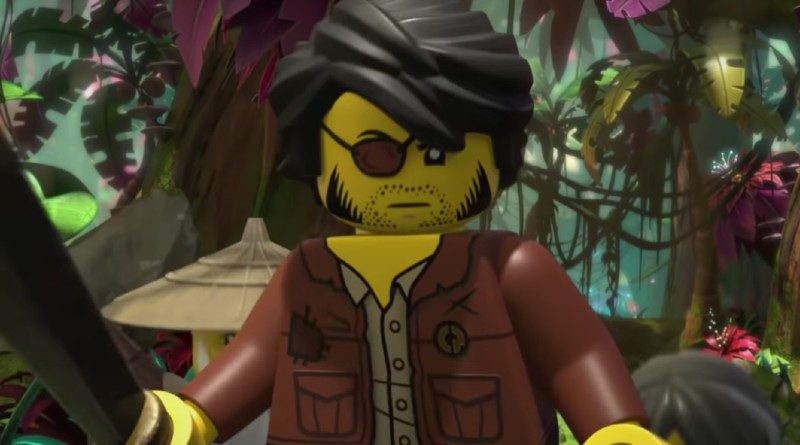 LEGO NINJAGO has another seemingly regular character with adventurer Clutch Powers, but some may wonder who he is and why this character is so important to the LEGO Group’s history.

Before the days of Emmet, Wyldstyle, and LEGO Batman, the LEGO Group released another movie, their first movie based on the standard system of bricks rather than the posable figure system of Bionicle. That movie was LEGO: The Adventures of Clutch Powers.

The movie was released in a partnership with Universal and introduced the titular hero alongside his team. Clutch Powers was an explorer and adventurer within a wider LEGO world that encompassed themes such as Power Miners, Space Police, CITY, Agents and more. Releasing in 2010, the only LEGO films that preceded it was the Bionicle series, making it the first-ever LEGO movie (at least based around standard bricks).

The movie’s plot revolved around the escape of three villains from a Space Police prison. Clutch and his new team are sent to investigate, only to find the villains had been waiting to ambush them to steal their ship. The trio, lead by one called the Omega, lead the team to a planet where the middle ages haven’t quite ended. The LEGO Castle world was under threat by one of these villains and it was up to Clutch and crew to stop them.

Following the release of the movie on DVD, a couple of short films were also released, one which appeared in 4D theatres at LEGOLAND theme parks in 2011 and beyond. If that year sounds familiar, then it just so happens to be the year that NINJAGO first started. The following year, the theme would actually reference the adventurer as the explorer who had discovered The Blade Cup, an item that appeared in the first season. At the time, fans passed this up as little more than an in-house reference for the first LEGO movie.

Over the next eight years, the adventurer would remain dormant, no minifigure and no other major references to the film. It appeared that Clutch Powers had been forgotten. That was until 2019 when he appeared in a side role for Season 11 of NINJAGO. The character was reintroduced to the world as a member of an explorer’s club, keeping the essence of his original appearance. The rest of the team were nowhere to be found but that didn’t seem to both fans of both the movie and the tv show, as Clutch Powers finally received his first minfigure in 40342 MF Set NINJAGO 2019, which is still available to buy.

It was undoubtedly good to see that the LEGO Group had not forgotten their first foray into animated movies and thankfully this isn’t the last we will be seeing of the character in NINJAGO. Clutch appears to be back in a more major role in Season 14, as he is seen at the start of the teaser trailer. He’s certainly changed a lot over the years, with facial hair and an eyepatch to boot, but to older fans, he’s still the adventurer and explorer that kickstarted the LEGO Group’s blockbuster movie offerings.

NINJAGO Season 14: The Island is expected to release soon, at least according to a French press release so for now, fans will have to keep their eyes out for the character’s next appearance. Otherwise, NINJAGO you can purchase the original animated movie on Amazon.