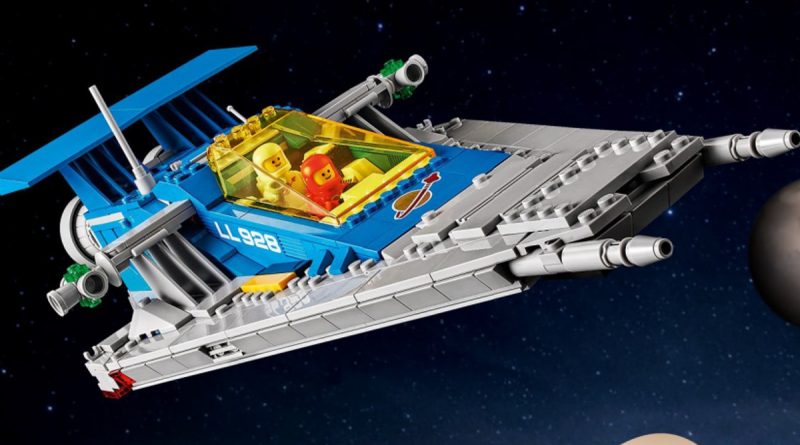 The instructions for the two alternate builds for 10497 Galaxy Explorer are now available on the official online LEGO store with the set.

One of the new LEGO 90th anniversary models – 10497 Galaxy Explorer – recreates 497 Galaxy Explorer with a modern portfolio of pieces. However, now that the set is available to purchase, you can rebuild it into a depiction of two other classic creations – both of which are updated.

The modern model for 918 One Man Spaceship features the same brick-built arrow as the main build for 10497 Galaxy Explorer and some space in the back for a booster being transported, or maybe a generator powering the ship.

The updated creation for 924 Space Cruiser is the smallest of the three builds but it is still recognisably the Classic Space set that inspired it.

You can download both of the instruction manuals for the alternate builds now, but you might want to purchase 10497 Galaxy Explorer first on the official online store.