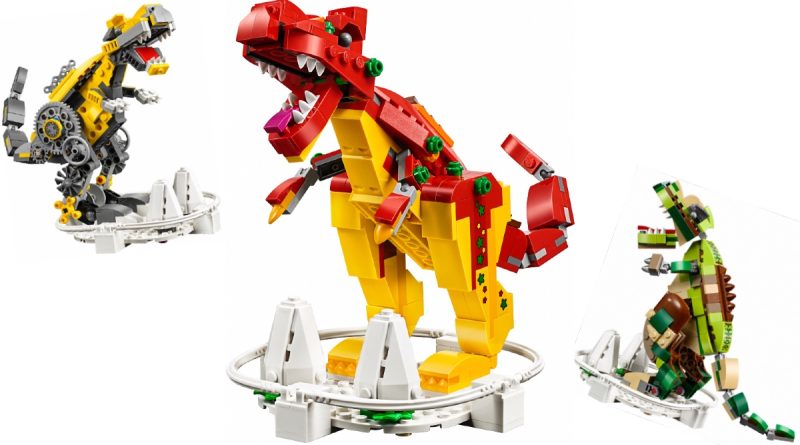 Despite only being released in select regions, 40366 LEGO House Dinosaurs is still available for purchase in three territories.

40366 LEGO House Dinosaurs was added to the official online store once again last week, although the model is currently only available in the UK, Ireland and Denmark. A former LEGO House-exclusive released in 2019, the 865-piece set was a surprise addition to LEGO.com on October 20 and features three brightly-coloured prehistoric beasts constructed from System, DUPLO and Technic elements.

Due to legal requirements regarding packaging and instructions on certain territories, 40366 LEGO House Dinosaurs hasn’t received a wider release elsewhere. The set did appear briefly online in 2020, but quickly sold out. However, that hasn’t been the case this time so far, with the model still available in the UK, Ireland and Denmark at the time of this writing.

The set was originally only sold exclusively in the LEGO House Store in Billund, making 40366 LEGO House Dinosaurs a tempting online purchase for those unable to pick up the item in person. The current limited time offer is available while stocks last, but there doesn’t seem to have been as much of a rush to snap up the set as with other LEGO House-exclusive items.