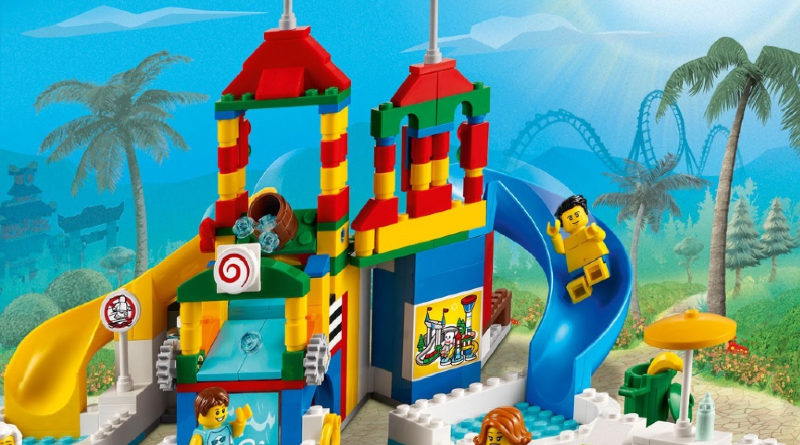 The LEGOLAND subtheme of sets is making waves in 2021 with a new model themed to the water parks found around the globe.

If you didn’t already know, there’s a collection of LEGO sets themed to the popular LEGOLAND resorts that can only be found at the theme parks worldwide (but have been made available online given recent circumstances) and now another in the subtheme has been revealed.

Now you can keep on building your own LEGOLAND resort with a new watery expansion as 40473 Water Park has been unveiled over on Brickset.

40473 Water Park look to include two slides and three pools, as well as a waterfall and a barrel to tip some translucent studs onto guests. There are quite a few stickers with unique designs including an updated LEGOLAND map and a ‘no running’ sign.

Four minifigures and a baby are included, with what looks to be at least one new torso design. Aside from the main structure, a food cart is serving some snacks, just be sure to wait a bit before diving into the action after eating.

Interestingly, the background of the box features the last exclusive LEGOLAND set to be released, 40429 NINJAGO World. There is no word on when the set might launch but you can expect it to only be available from LEGOLAND resort stores, and LEGOLAND Discovery Centres. In the meantime, why not read up on five other attractions that would make great models.