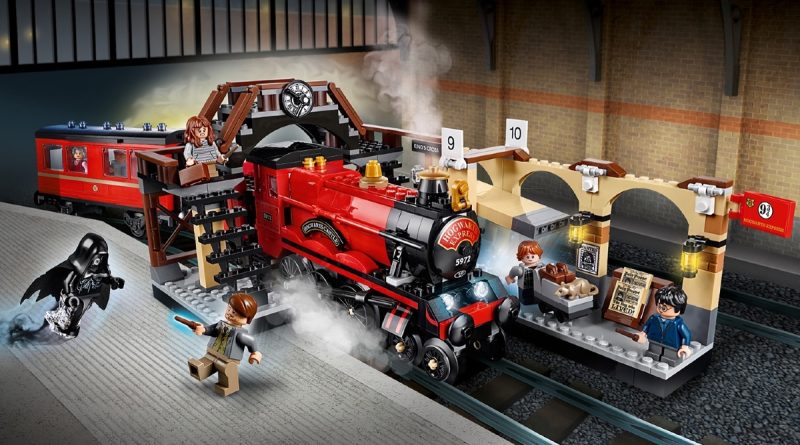 If LEGO Harry Potter 76405 Hogwarts Express Collectors’ Edition is too much of a stretch, the more affordable version is still on shelves – but it’s due to retire this year.

The newly-revealed Wizarding World direct-to-consumer set is the theme’s most expensive product to date, weighing in at £429.99 / $499.99 / €499.99. That’s serious bank for a seriously big set, which also measures an eye-watering (and display-hogging) 118cm long. But if the thought of buying and displaying the 5,129-piece set is too much – whether for the money or space required – there is an alternative.

We’re talking about 75955 Hogwarts Express, a far more affordable version of the iconic red locomotive. Like its bigger sibling, the 2018 set – which has been on shelves for more than four years now – includes the engine, tender and a single carriage, along with a bigger (though more rudimentary) recreation of Platform 9¾ and King’s Cross Station.

You won’t get as involved a build experience, or anywhere near as many minifigures, but you will still get the definitive play-scale LEGO Hogwarts Express – and for a fraction of the price of 76405 Hogwarts Express Collectors’ Edition. 75955 Hogwarts Express comes in at £79.99 / $79.99 / €89.99 for 801 pieces and six minifigures, and has regularly been available at a discount throughout its shelf life.

That makes it a very attractive prospect next to 76405 Hogwarts Express Collectors’ Edition – at least for those of us conscious of diminishing display space, and a rapidly-shrinking LEGO budget in the face of current price increases. You’ll need to be quick if you want to grab 75955 Hogwarts Express, however, as the longstanding set is finally scheduled to retire by the end of 2022.

It makes sense that the LEGO Group wouldn’t want to compete with itself by having two versions of the same set on shelves simultaneously, even if both Hogwarts Expresses are targeting very different audiences. If you’re yet to add the Prisoner of Azkaban set to your LEGO Harry Potter collection, the arrival of a much bigger train could ironically be all the impetus you need.