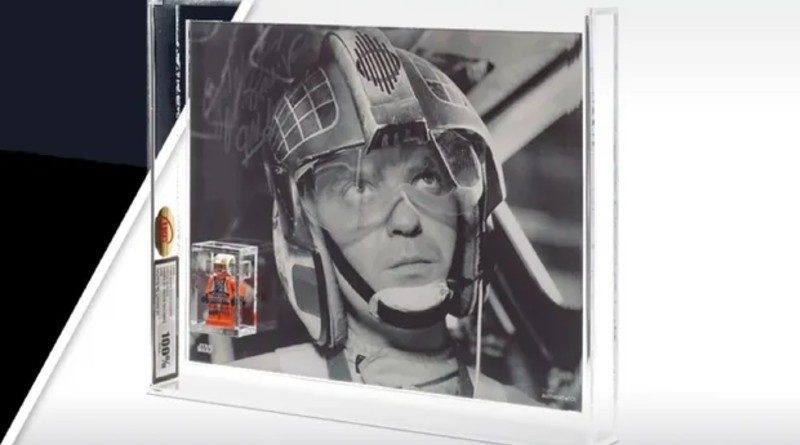 Budding pilots have a chance at winning a one-of-a-kind LEGO Star Wars collectable this May the Fourth as Dutch Vander is the subject of a new VIP sweepstakes.

Following in the pattern of minifigure-focused VIP sweepstakes, the latest of the competitions will be themed to Star Wars with a signed picture of Dutch Vander up for grabs.

If you’re not too familiar with the character, Dutch Vander was the leader of Gold Squadron, the team of starfighter pilots partially responsible for blowing up the second Death Star. He was played by Canadian actor Angus MacInnes.

The Star Wars VIP sweepstakes only has a few details officially revealed at the moment, but we can see that the prize on offer will be a photograph of the character autographed, presumably by Angus, as well as a minifigure of Dutch Vander, who last appeared in 75181 Y-Wing Starfighter.

It’s not quite clear if this is an updated version of the minifigure or the same that appeared in the UCS set, but if there are any differences, they appear to be minimal. The full prize comes sealed in an acrylic display case.

The exact total of VIP points needed for a single entry has yet to be revealed, but past items such as the convention-exclusive Venom minifigure have come in at 50 points each. We’ll keep you updated when we learn more though. The prize draw will be open from May 1 to May 21.