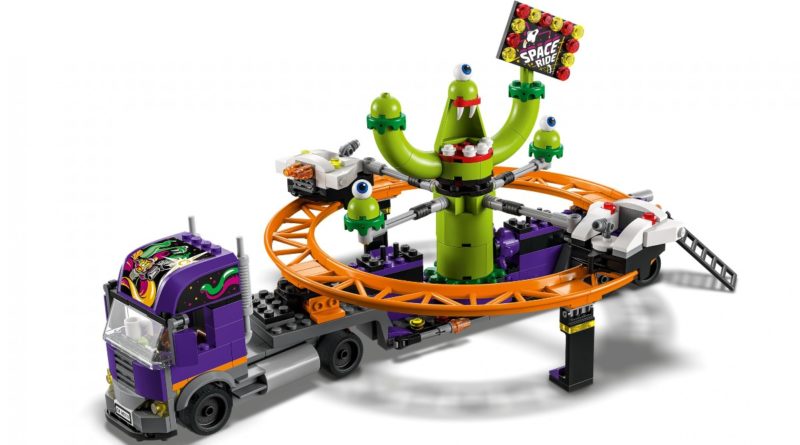 One additional LEGO CITY summer 2022 set has been revealed on the instructions app, with a portable amusement park ride amid rollercoaster rumours.

We’ve already reported that a range of LEGO CITY summer 2022 sets has recently appeared at an online retailer. However, it turns out that that’s not all the theme is launching later this year as 60313 Space Ride Amusement Truck has been found on the Instructions app.

With 433 pieces included, 60313 Space Ride Amusement Truck presents a rarity for LEGO CITY, a theme that has never ventured heavily into an amusement park subtheme apart from the odd people pack.

It should sit nicely alongside another amusement park model confirmed for later this month – 40529 Children’s Amusement Park – as well another rumoured set which could depict a rollercoaster.

We’ve already discussed how the timing of 40529 Children’s Amusement Park alongside rumours of a rollercoaster model might potentially strengthen the reports, and now another amusement park set has appeared.

The exact release date of 60313 Space Ride Amusement Truck has not been revealed at the time of writing, though it seems likely to launch alongside the rest of the LEGO CITY summer 2022 builds towards the end of May. However, that’s not confirmed until an announcement is made.

60335 Train Station has also appeared on the instructions portal, though no additional details have been revealed yet.