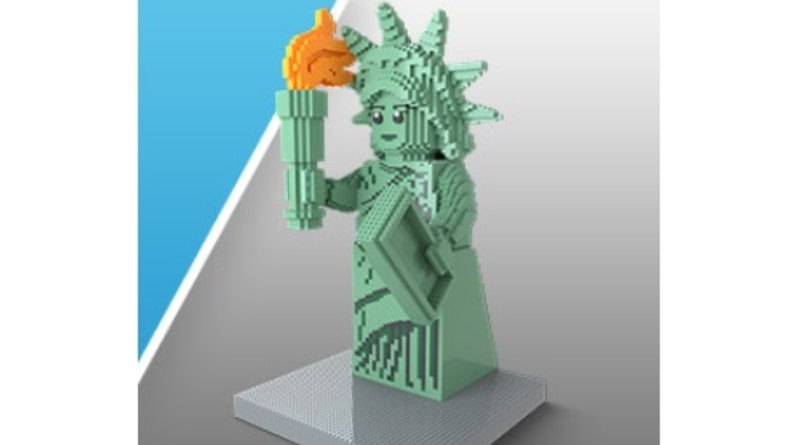 Another LEGO VIP sweepstakes has been revealed and begun, but only builders in the US can be in with a chance of taking home a massive Lady Liberty minifigure model.

The LEGO VIP rewards centre may already have two other giveaways currently live with a signed Marvel photo and a chance at winning the LEGO Adidas Superstar collection but it seems that American builders have one more to look forward to this month.

To celebrate the opening of the New York flagship store at the Rockefeller Center, which features some massive models and interactive features that will shape the future of other physical retail locations around the world, the LEGO Group are giving away a massive minifigure model of the Statue of Liberty as part of the monthly sweepstakes.

Looking at the provided image found on the VIP Rewards Centre, it seems that the build is just an upscaled version of the minifigure that can be found in both the Collectible Minifigures Series 6 and the Statue of Liberty Magnet. It could make an excellent accompanying model for builders who already own both or even Architecture 21042 Statue of Liberty.

As usual, one entry into the sweepstakes will cost 50 points and a maximum of 50 entries are allowed. you have until July 31 to enter but only those in the US will be able to see the sweepstakes. Those of you who are running out of points can quickly restock with some double VIP points on LEGO City sets this month too.