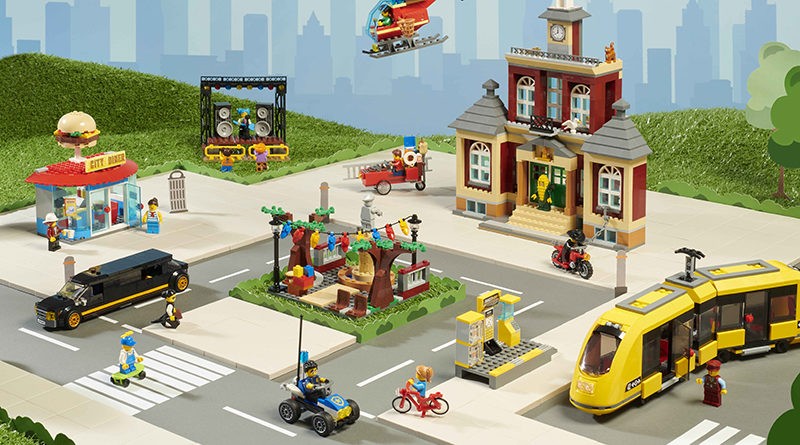 Builders who have been waiting to expand their LEGO CITY, this might be the moment you’ve been waiting for as new and old sets are worth more VIP points for a limited time.

We’ve written plenty about the value of VIP points, whether you want to redeem them towards an exclusive set, something inspired by a retired LEGO game or another of the LEGO Group’s many rewards. To help bolster your supply, this month’s double VIP points sets have been revealed, with the following two models worth more VIP credit this month.

60271 Main Square is the larger of the two and will consequently earn you more than the other build. With a cost of £169.99 / $199.99 / €179.99, the model will grant you a total of 2,720 points and comes with several separate creations for you to scatter amongst your CITY or make a larger display as the name suggests.

However, those looking for something with a little for action might take an interest in 60282 Fire Command Unit and its many flame-focused play features, not to mention the dual-moulded firefighter helmets. Until July 31, this LEGO CITY set will earn you 800 VIP points, instead of the usual 400.

You only have until the end of the month to redeem this offer, and they’ll also tie in with the rest of the official online store’s deals including the free miniature Adidas build with orders of £95 / $85 / €95. For more on the many promotions at LEGO.com, check out our handy guide which details the new releases too.