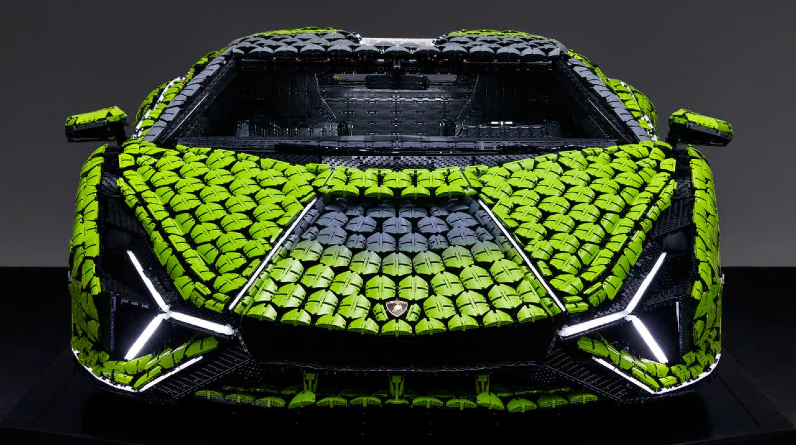 The life-sized LEGO Lamborghini model has been given an extra video, taking us behind the scenes of the build, and how closely the LEGO Group worked with the manufacturer.

The previously-revealed creation takes direct inspiration from both the real car and 42115 Lamborghini Sián FKP 37 with a paint job applied by the company’s experts, rather than just using the colour of the moulded bricks.

The behind the scenes video, which has been uploaded by Beyond the Brick, details the development process and how the model constantly needed to be changed as the production of the actual Lamborghini Sian continued.

With over 400,000 pieces, this impressive build is immediately comparable to the giant LEGO Bugatti Chiron. However, whereas that was capable of movement, this version instead opts for an LED light package of all different colours for any event that it might be displayed at.

Some interior elements of the LEGO model are shown off too, such as the brick-built steering wheel which upon first glance, builders could easily mistake to be real. The painting process is detailed with professional artists donning the necessary equipment and expertly applying official Lamborghini colours to individual LEGO bricks.

LEGO Technic 42115 Lamborghini Sián FKP 37 is available now should you want a taste of the model, but we wouldn’t be surprised to see the larger version on display at various events in the months to come, such as how the Bugatti went on show at the LEGO House. We’ll you updated if this LEGO supercar follows a similar pattern.