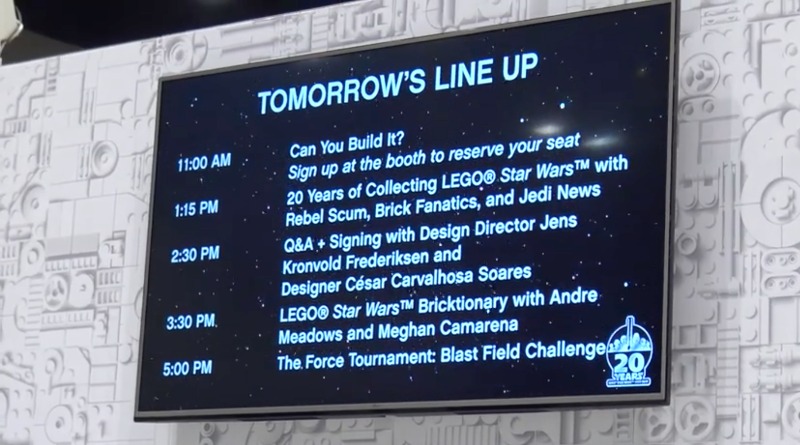 The LEGO Group has a big presence at Star Wars Celebration Chicago, but if you can’t make it to the show floor to check it out for yourself, YouTube channel Beyond the Brick has you covered.

In a nine-and-a-half-minute clip published last night, Joshua Hanlon and David Hall take us on a guided tour through the enormous LEGO booth. And there’s some seriously impressive stuff on show, including a mosaic built entirely from 1×1 bricks (not plates), which also features a 3D Luke Skywalker stepping out of the otherwise 2D scene. 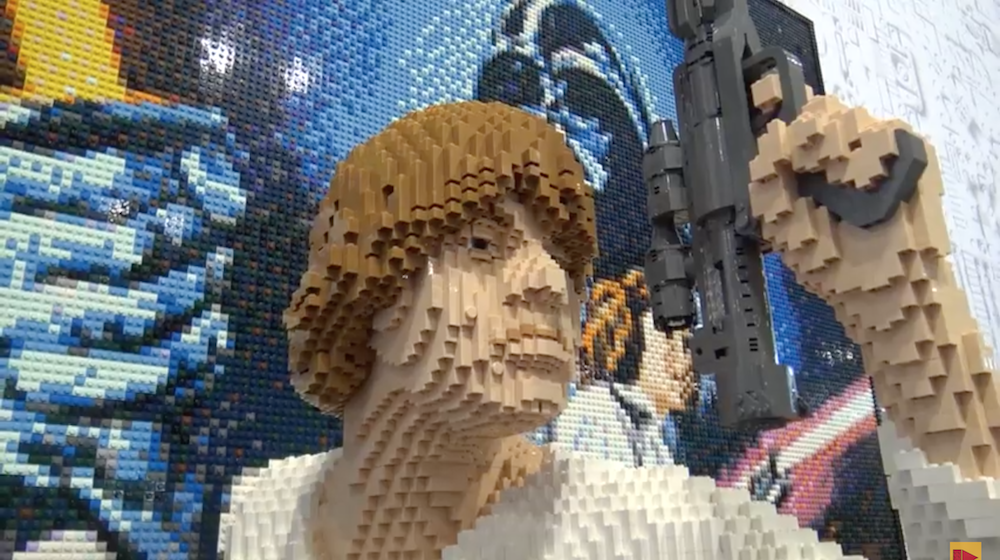 To the right of that show-stopping build is the obligatory shopping opportunity, only this one isn’t like your local LEGO Store. Rather than walls of product, there’s simply a tasteful price list along the back wall, so – as Joshua and David point out – you can pretend you’re in a fast food restaurant when you’re ordering your sets.

You don’t need us or Beyond the Brick to tell you that 2019 marks the 20th anniversary of LEGO Star Wars (and if you do, please tell us which rock you’ve been living under for the past two decades), but the LEGO Group hasn’t passed up the opportunity to mark the occasion at Star Wars Celebration. 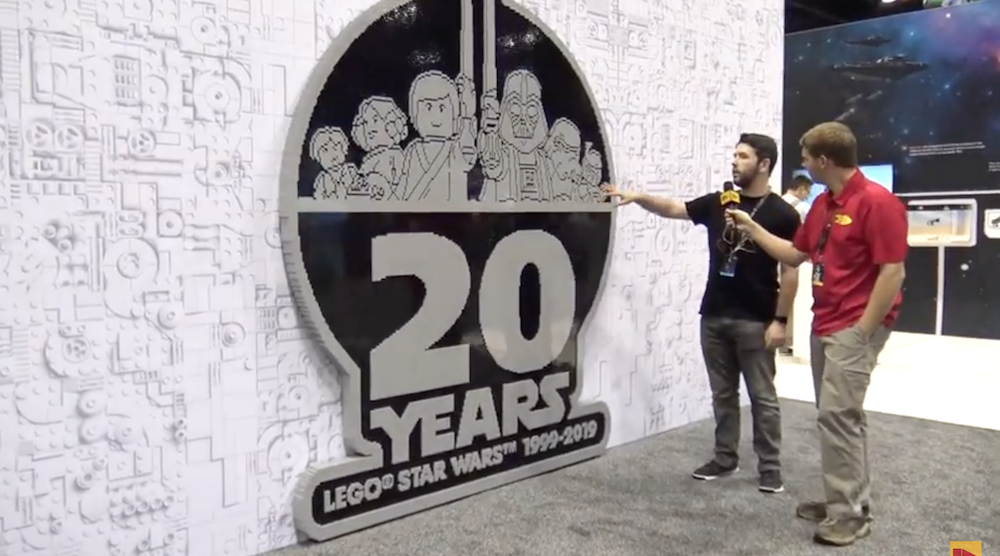 Alongside displays of all the new 20th anniversary sets and their original versions, there’s a huge timeline pointing out all sorts of fun facts about the brick. Meanwhile, a giant brick-built version of the 20th anniversary logo – a monochromatic take on the original logo from 1999 – hangs on another wall of the booth.

Of course, there’s also a handy itinerary of all the LEGO goings-on at the show, which you can see in the photo at the top of the page. Eagle-eyed readers will spot Brick Fanatics in the 1:15 PM slot, as Graham takes to the stage with Rebelscum’s Jeremy Beckett and Jedi News’ James Burns for an in-depth chat on all things LEGO Star Wars. If you are on the show floor today, make sure to head along this afternoon.