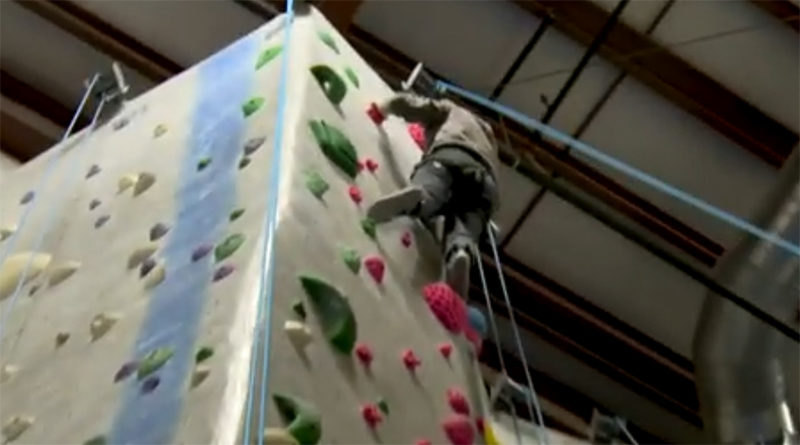 A LEGO fan who has blind since birth uses the brick to help him plan his climbing routes, once again demonstrating the versatility of the humble LEGO brick.

Matthew Shifrin is the blind fan of LEGO whose friend Lilya spent hours coming up with text based instructions so that he could still build sets. In a feature from UK Climbing, he reveals that he actually uses LEGO elements for climbing. His belayer – the person who helps plan his route – designs a LEGO version of the course he’s going to climb, allowing him to feel the route in advance.

“Pinches are 1x1s, jugs are 1x2s, ledges are 1x3s, etc,” he says. “The smaller scale of LEGO allows for blind climbers to calculate the distance between holds more easily, and apply that knowledge to their climbing.”

He isn’t solely reliant on his LEGO guide, although it helps with preparation. “The sighted guide gives information on where hands and feet should be placed, and how far away holds are from you. For example ‘left foot, left knee,’ means that there’s a left foot-hold at your left knee, and ‘right, one, two,’ means that there’s a right hand-hold at one o’clock, two feet above you.”

So far Matthew has only used the system for indoor climbing, but he is discussing its useful with outdoor climbers who have visual impairments too.

LEGO braille bricks are being rolled out around the world. In the UK, The Royal National Institute of Blind People (RNIB) is delivering the sets of bricks to children with a vision impairment.