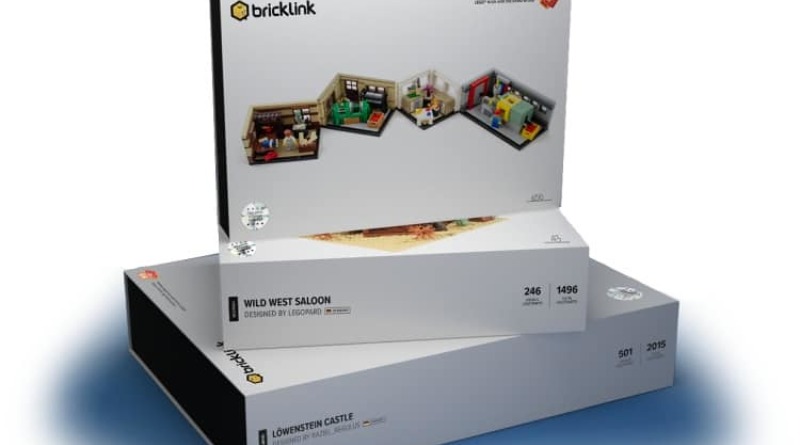 If you’ve been putting off pledging your support for one or more of BrickLink’s AFOL Designer Program sets, you might want to get your skates on. There are just six days left to pre-order the 16 sets, and BrickLink has now revealed the luxury packaging each model will arrive in.

The classy white boxes are adorned with BrickLink’s logo, as well as the “60 Years of the LEGO brick” icon that first appeared last year. But unlike most regular LEGO boxes, which are generally only useful for filling up the recycling (sorry, box collectors), BrickLink’s have a dual purpose. Each one folds flat into a backdrop for the set it comes with, such as the rocky mountain scene for Legopard’s Wild West Saloon.

The AFOL Designer Program was first announced in 2018, with the 16 finalists revealed in January. The crowdfunding stage then opened in February, with backers given around two months to pledge their support for their favourite models, with a limit of three copies per set. The first batch of sets are expected to ship later this month.

At the time of writing, the AFOL Designer Program pages on BrickLink have been hugged to death, presumably by people trying to view the packaging (so h/t to TheBrickFan for these images), or getting any last-minute orders in. Don’t worry too much if you miss the window for pre-orders, though – you’ll still be able to order the sets after the fact, you just won’t get the free postage offer that comes with early pledges.