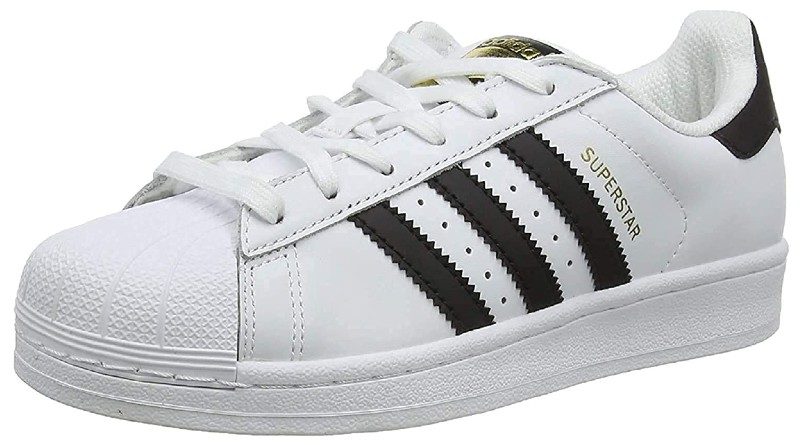 A new rumour is suggesting that a buildable LEGO Adidas trainer could be coming later this year – just be sure not to mistake it for your real shoes.

Another result of the collaboration between the LEGO Group and Adidas is now rumoured for release later this year as Promobricks reports that a recreation of the Superstar trainers could be the first official brick-built article of clothing.

Before you walk a mile in these shoes, remember that this is only a rumour until the LEGO Group makes an official announcement.

The rumour was initially reported as part of April Fool’s day, but later on Instagram, Promobricks revealed that the trainer is allegedly true after all. According to the rumour, the set would be named 10282 Adidas Superstar and include 731 pieces.

The rumour suggests that the model would supposedly be of just one trainer instead of a pair, with a design presumably based on the real Adidas Superstar. A display stand will seemingly be included and the entire thing may be stored in a shoebox, instead of the standard cardboard boxes we’re familiar with. Promobricks reports that 10282 Adidas Superstar will be available for €89.99 with a release in September.

While still a rumour, a buildable LEGO trainer isn’t too hard to believe considering what has come of the Adidas partnership so far with multiple types of trainers and other sportswear themed to the bricks, DOTS and NINJAGO. Maybe after all the clothing, a LEGO Adidas trainer is the next logical step, if a bit painful to wear.