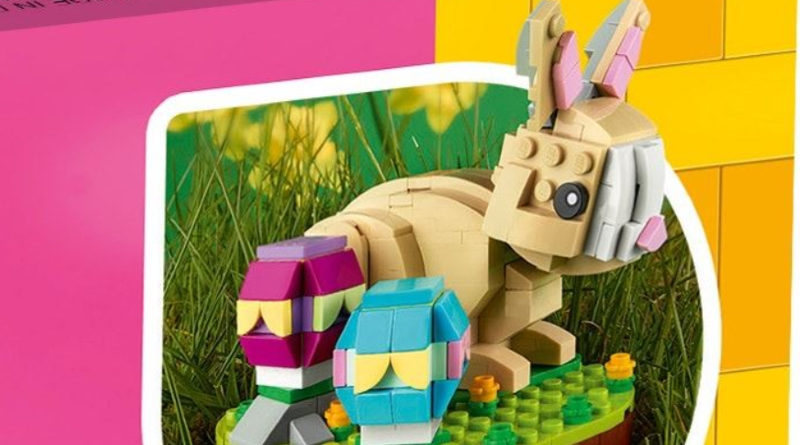 Another seasonal LEGO set, 40463 has been found on the back of newly-revealed 40462 Valentine’s Brown Bear, showing the Easter-themed model.

Following the reveal of 40462 Valentine’s Brown Bear earlier, another of the LEGO Group’s seasonal sets has been revealed in some new box art.

40463 appears to be the seasonal LEGO set for Easter, with a brick-built rabbit and a pair of coloured eggs. The set can be spotted on the back of the box for 40462 Valentine’s Brown Bear, which has been revealed in new images.

The model features an adorable rabbit build on a patch of grass. A pair of printed eyes and a curved tile nose help give this model it’s cute appearance. Two coloured eggs sit next to it, using more curved tiles to pattern them, one is raised on a rock while the other is not.

Not only does this new reveal show an all-new seasonal LEGO set, but it could also reveal a theme with this year’s seasonal builds. Both 40462 and 40463 feature a curved base with a light green patch of grass. Perhaps other sets in the series can be combined into a field celebrating the different holidays.