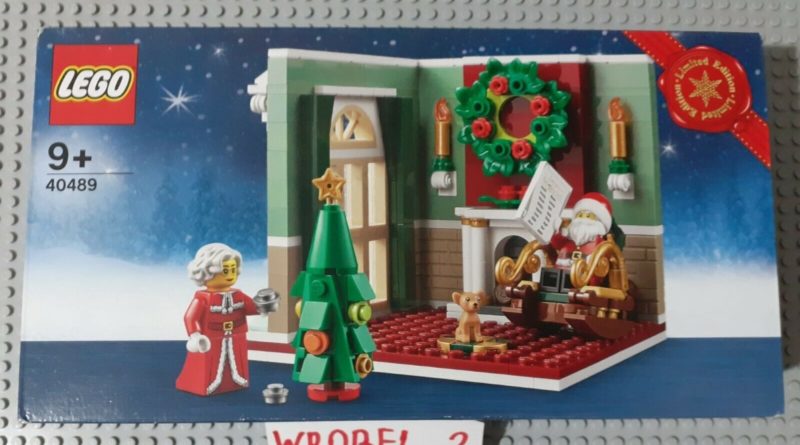 The only known copy of the cancelled LEGO Christmas freebie 40489 Mr. and Mrs. Claus’s Living Room is skyrocketing in price on eBay.

Earlier today, we reported that the planned gift-with-purchase – which was cancelled for not meeting the LEGO Group’s ‘quality standards’ – had appeared up for auction on eBay, with bids already going north of £70.

In just a few hours, that price has now shot up to $735, or approximately £556.50, as more and more bids pour in. Because eBay protects its bidder identities on private listings, there’s no way to know exactly how many different buyers are pushing up the price, but the end result is the same: this could end up being among the most valuable LEGO sets of all time.

40489 Mr. and Mrs. Claus’s Living Room was originally intended to be free with purchases in December, but after it failed to materialise – with 40484 Santa’s Front Yard returning in its place in the UK and Europe – the LEGO Group issued a statement explaining that the set had been cancelled over a quality issue.

While that explanation is frustratingly vague, the real reason may have something to do with the tone of the set, which includes an angry Santa Claus wielding a ‘naughty list’ (mirroring the ‘nice list’ in 40499 Santa’s Sleigh). We’ll likely never know the real answer, as it looks like this is one seasonal GWP that will never see the light of day through official channels.

Whoever bags the copy currently on sale on eBay may therefore have a real collector’s item on their hands – but it’s going to cost them. There are still six days and four hours left on the auction at the time of writing, and the price is only going in one direction…