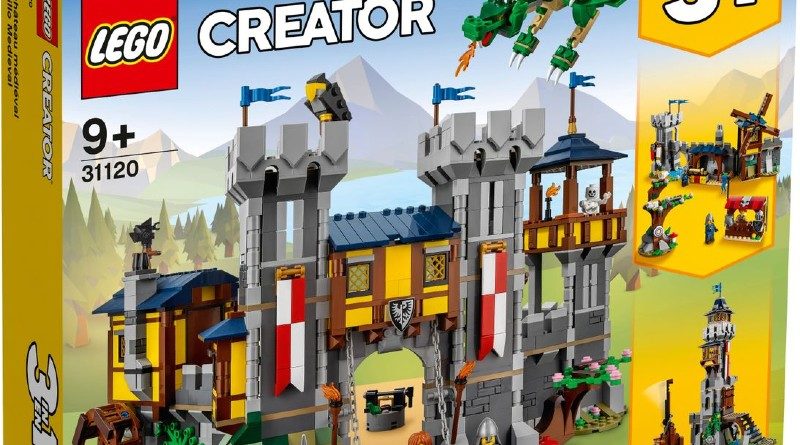 The new LEGO Creator 31120 Medieval Castle has been revealed by an online retailer, a move that many fans of knights and fantasy are sure to enjoy.

JB Spielwaren has revealed some new LEGO summer 2021 sets, including another for the Creator theme. Previously, we’ve seen a Ferris wheel and space shuttle, but this latest set is taking us back in time with a LEGO Castle.

31120 Medieval Castle includes almost 1,500 bricks and three minifigures, two of which are references to the Black Falcon knights, meaning the entire model may be a callback to 6074 Black Falcon’s Fortress from 1986.

A full interior is featured in the set with room for a throne, well and more, and a fearsome dragon is even included as a side build. Following the release of LEGO Ideas 21325 Medieval Blacksmith, this is likely to be a popular set with classic Castle fans.

There are two alternate builds for an outpost and tower and the set is due for release on June 1 according to the listing. The price of €99.99 makes this more affordable than the LEGO Ideas set, translating to around £84.99 / $120.